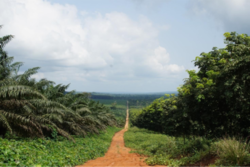 Profundo | 11 February 2020 [FR]
Unravelling the Socfin Group
Socfin group is a Luxembourg-based holding which is involved in oil palm and rubber production in Asia and Africa, with about 400,000 hectares of concessions in ten countries. It is 39% owned by the French group Bolloré and 54% owned by the Belgian businessman Hubert Fabri. The objective of this report is to get a better overview of the Socfin group’s ownership and holding structure.


Summary
Socfin is the Luxembourg-based holding company of an international agribusiness group involved in oil palm and rubber production in Asia and Africa, with about 400,000 hectares of concessions in ten countries.
The shareholding structure of the Socfin group is complex, with several cross-investments between various holding companies.

Although Socfin is stock-exchange listed, 93% of its shares are owned by only two groups of shareholders: companies belonging to the French Bolloré group (39%) and companies owned by Belgian businessman Hubert Fabri (54%). Fabri is a close friend to Vincent Bolloré, the chairman and controlling shareholder of the Bolloré group. Together, the Bolloré and Fabri families control the Socfin group. As major shareholders, various members of both families have high management positions in the different entities of the group.

Geographically, Socfin group’s operations are focused on Africa and Asia, although the holding companies are located in Europe (mainly Luxemburg, Belgium and Switzerland).