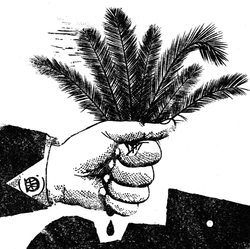 A survey by research firm Profundo showed that ABP, PFZW and BpfBOUW, the €37bn pension fund for the building sector, had stakes of €9m, €7.2bn and €1.1bn, respectively, in the company accused of land grabbing.
Investment & Pensions Europe | 28 May 2013

NETHERLANDS – ABP, the €292bn pension fund for Dutch civil servants, and PFZW, the €136bn scheme for healthcare professionals, have said they will remain invested in Wilmar International due to their successful efforts to engage with the controversial palm-oil company to date.

The pension funds were responding to a critical report from environmental organisation Friends of the Earth (FoE) about Wilmar's activities in Uganda.

FoE claims Wilmar subsidiaries displaced communities on Kalangala Island for oil-palm plantations, and that this often happened without compensation or providing alternative accommodation.

It also said the companies' activities had led to the destruction of approximately 3,600 hectares of forest, and argued that European pension funds and banks, by investing in Wilmar, were engaging in "land-grabbing".

A survey by research firm Profundo showed that ABP, PFZW and BpfBOUW, the €37bn pension fund for the building sector, had stakes of €9m, €7.2bn and €1.1bn, respectively, in the Singapore-based company.

But Thijs Steger, a spokesman at ABP, said Wilmar had been transparent on its operations in Uganda and provided sources to verify this.

He conceded that the company could improve its working practices by involving local and international stakeholders, but he pointed out that ABP had demanded that Wilmar actively participate in the Roundtable on Sustainable Palm Oil (RSPO).

Diana Abrahams, spokeswoman at PFZW, said the company had co-operated "reasonably well" during an extensive engagement process.
In a statement, the healthcare scheme said it has demanded that Wilmar prioritise effective management of its existing operations over extending its plantations.

It added: "During our last meeting with Wilmar in January, we found that the company has started meeting our demands through a quite extensive and frank sustainability report, and by investing in yield improvement.

"Wilmar has also committed itself to a non-deforestation policy."

PFZW said it understood that some specific problems in Uganda that could be attributed to Wilmar were due to longstanding issues between local communities and the government.