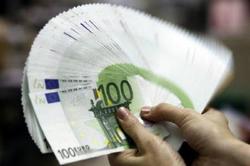 Farmland is an increasingly attractive investment for pension funds, but some have held back from buying due to ethical and environmental concerns, and a fear of negative public perception. To help counter this, a group of institutional investors this month announced a set of investment principles for investing in farmland.

Dubbed the Principles for Responsible Investment (PRI) in Farmland, these lay down similar principles as the United Nations’ PRI, providing a framework for investors to incorporate social, environmental and governance considerations into their farmland investments. They have been drawn up by an independent group of UNPRI signatories who are also part of a new PRI working group on farmland.

While farmland has been on the agenda of some US pension funds for several years, European institutions, particularly Nordic and Dutch pension funds, have also started seeing the investment case for farmland: population growth and a limited amount of land.

The farmland PRI’s founder members include US retirement system TIAA-Cref, the Dutch funds PGGM and ABP (and ABP’s asset manager APG), the Swedish AP2 buffer fund, the Danish ATP scheme and both the BT Pension Scheme and Hermes Equity Ownership Services in the UK.

And the gospel is already spreading to other pension institutions, as Ärzteversorgung Westfalen-Lippe (ÄVWL), a scheme for German doctors, agreed in early September to put $100m into farmland in the US, Australia and Brazil, signing up to the new principles.

Markus Altenhoff, the fund’s investment chief, says it is important for his fund to work with schemes that play in the top league of responsible investing. He says for ÄVWL, farmland is not merely about maximising profit.

“We buy land and rent it out – we don’t invest directly in the production. We prefer to set lower return targets but to do something for society, contributing to the stability of food production.”

Ulrik Weuder, head of inflation-protected securities at ATP, says there has been much criticism of investment in agricultural land, mentioning countries buying farmland to provide food for their own population rather than local people, “turning it into cash crops rather than food crops”.

He believes the new set of guidelines will make sure investors put farmland holdings into the context of a local area. “There are concerns and the farmland PRI are there to make us less concerned,” he says.

ATP has no immediate plans to invest in farmland, Mr Weuder adds.

Few concerns arise for Rodrigo Rodrigues, chief operating officer of Agrifirma, a Brazilian agriculture company growing soy, corn, cotton and coffee, who says guidelines like the farmland PRI are mainly for investors in some other Latin American countries and in Africa.

“The Brazilian standards for agriculture, both in investment and social labour, are at a very high level so that the PRI are applied simply by following the law. They are mainly important for some Latin American countries and for Africa but they are nothing new for Brazil because everything is in place.”

Brazil, a favourite for institutional farmland investors and aware of the issues that can arise – deforestation being a big one – announced earlier this year that it will limit foreign investment in farmland.

Not everyone is as positive about agriculture investment, however; Olivier De Schutter, United Nations special rapporteur on the right to food, says since the global food price crisis of 2007/2008, there has been a “race for farmland” among investors.

The World Bank is leading another initiative to establish a set of Principles on Responsible Agricultural Investment.

Mr De Schutter recalls that when these principles were presented to the Committee on World Food Security last October, they met with resistance from some non-governmental organisations and farmers’ organisations, who “feared they were legitimising land deals that were in effect leading to evict land users from the land on which they depend and were a threat in particular for small-scale farmers and herders”, while some governments felt investors had acted in a “top-down fashion”.

“The result was that the principles were put on hold and are currently being re-examined. They have not been endorsed,” says Mr De Schutter.
He is now proposing to also apply so-called Minimum Human Rights Principles, which may become part of the World Bank PRI and in which he suggests exploring alternatives such as contract farming without changes to the rights over the land: “Otherwise, large-scale land acquisitions will result in an agrarian counter-reform.”

US pension fund TIAA-Cref’s head of natural resources and investing, Jose Minaya, has a different view: “Farmers come to us and are looking to get more land. We are providing capital for these farmers. Agriculture is an asset class that’s undercapitalised and in order to increase investment you need to attract capital.” He says the fund looks at these investments over 20 to 30 years.

So why create independent principles when the World Bank is already on the case? John Wilson, the $469bn retirement system’s director of corporate governance, says the independent principles are more investor focused. “We started by looking at those World Bank principles. They were more development oriented and not really an institutional investor’s. It’s a parallel initiative we have.”
APG takes a similar view, believing that no set of principles so far sufficiently covers aspects relevant for private sector investors.

Like TIAA-Cref, APG says institutions’ long-term investment horizon promotes sustainability: “If we deplete or pollute the soil or alienate the local people, workforce or potential customers, we will not achieve this goal.”