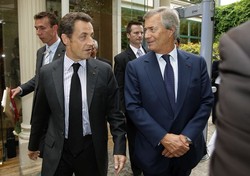 Green Scenery’s significant conclusion is the lack of transparency in which information was not timeously and fully provided in a way that would be understood and that consultative processes were faulty and excluded key stakeholders at chiefdom and district levels.


Alternatives to large scale plantations were not explored. Tension amongst families, political representatives, and in communities is emerging.

The lease agreement was nowhere to be found. Land owners in Malen chiefdom were not aware of basic facts of the Socfin SL agro-project.

For instance the rent paid per hectare per year, the size of the leased area in the chiefdom, if and how much land is left for farming, if they have to be resettled, and many more. The lack of transparency is going against international principles and best practices. An Environmental, Social, and Health Impact Assessment (EISHA), a precondition for projects going along with responsible agro-investment, should have been conducted and publically disclosed before company operations commenced.

On the 5th of March 2011 in the presence of armed security forces the lease agreement was signed against payments from 173,000,000.00 Leones stacked on a table and paid to those signing the agreement.

“People felt intimidated by the armed police and we know that money is tempting. I call such a practice enticement. Especially in a context were people were heavily affected by the war, are poor, and never had chance to hold a couple of million Leones in their own hands,” said Joseph Rahall, director of Green Scenery.

Green Scenery advises communities and land owners to take their time and consult carefully on what they have now, on how that could be improved and about the risks and benefits of large scale plantations before signing any document. The organization is urging the Minister of Agriculture, Dr. Sam Sesay, and the company to publish the lease agreement and the Memorandum of Understanding. The Environmental, Social, and Health Impact Assessment must be carried out immediately and made public before Socfin commence any operations.

Green Scenery doubts that the cardinal values of “free”, “prior” and “informed” consent of land owners was secured as recommended by the Sierra Leone Investment and Export Promotion Agency (SLIEPA) guidelines for investors.

Recommendations
1.    Best practices prescribed by SLIEPA and the guidelines of MAFFS should serve as the basic Guidepost below which Socfin and partners should not aspire.
2.    Transparency of both processes and outcomes should be demonstrated
by stakeholders involved in the Socfin land lease issue.
3.    A dialogue should be initiated between all stakeholders concerned
with development in Pujehun district to discuss ongoing projects and those in the pipeline.
4.    Modalities should be put in place to support out-grower schemes that will improve the capital base of communities.
5.    The Environment and Social and Health Impact Assessment must be
carried out immediately and made public before Socfin commence any operations.
6.    Careful consideration should be made to avoid conflict between such
projects and development initiatives supported by donor funding.
7.    Land lease agreements, Memorandum of Understanding and ESHIAS
should be made public to encourage public debate and participation.
8.    Particular attention should be paid to the seven principles of
responsible agro-investment developed by the Roundtable FAO and the eleven principles “Minimum Human Rights Principles Applicable to Large-Scale Land Acquisitions or Leases” of the UN special rapporteur on the Right to Food if Human Rights are to be respected and food security is assured.
9.    An independent monitoring mechanism on large scale agribusiness
should be established to guarantee best practices and international principles in responsible agro-investment.
10.    Alternatives to large scale investment and monoculture plantation
must be explored to improve Food Security and reduce poverty.