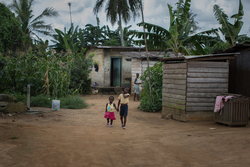 By Victoria Schneider
The first time Emmanuel Elong wrote a letter to Vincent Bolloré was in 2013.
“The impact of the group that you are controlling on our lives is immense,” he wrote. “And because we have never had any contact with the representatives of this group, Socfin, we are reaching out to you to help us solve this.”
Elong, a 51-year-old farmer from a tiny village in Cameroon called Mbonjo, decided to bring his grievances to the table of one of France’s most influential businessmen, Vincent Bolloré, CEO of the French multinational Bolloré and ranked 451 on the Forbes billionaires list. Bolloré is active in logistics, plastic production, media, telecommunications, advertising and tropical plantations in West Africa. The Groupe Bolloré is a key shareholder of Belgian multinational Socfin (holding 38.75 %), which owns rubber and oil palm plantations in West Africa and South East Asia. In Cameroon, Socfin leased about 78,400 hectares of land from the Cameroonian government. 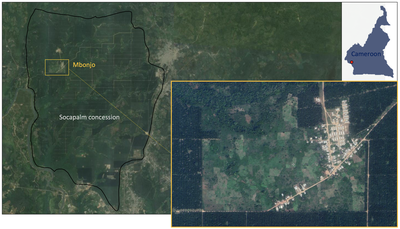