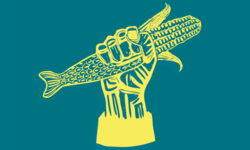 The Global Convergence of Land and Water Struggles – West Africa invites you to join the West African Caravan for Land, Water and Seeds, which will mobilize 15 countries of the sub-region in March 2016 in order to
- Sensitize the populations of the West African countries about land, water and seed grabbing as well as the challenges and issues regarding these resources
- Mobilise West African organisations and social movements for the building of a strong movement in order to affirm the rights of communities and promote family farming, based on peasant agroecology and food sovereignty
- Take action for peace, social and environmental justice and equity, gender equality, public health and the struggle against climate change
- Engage national political and administrative authorities as well as sub-regional institutions (ECOWAS and UEMOA) on their obligations regarding the realization of human rights and call upon them to take up our demands and proposals regarding the implementation of the FAO Guidelines on the Right to Food, the Guidelines on Responsible Governance of Tenure, the Framework and Guidelines on Land Policy in Africa, including their subregional manifestation which is developed at ECOWAS, as well as the regulations on the risks of biotechnologies which are being developed at the UEMOA. It is critical that these processes are transparent and ensure the effective participation of the organizations that represent those most affected
- Support all activists and communties that are defending human rights linked to land, water and seeds, and denounce their criminalization.
Rights to Land, Water and Seeds, a Common Struggle!
Land and water are vital natural resources and are part of our common heritage. They are common goods, not commodities. They must be secured, preserved and governed by each community for the common good of societies and the environment, now and for future generations. In Africa, about 70 per cent of the population depends on peasant family agriculture. Secure access and control over land, water, forests, fisheries and seeds are therefore vital for communities and must be protected and enforced as rights. This is the condition of the realization of our human rights, including the right to adequate food and nutrition, the right to water and sanitation, the right to health, the right to culture, the right to housing, the right to work, and the right to self-determination of peoples.

However, the appropriation of natural resources by companies, governments, elites, and speculators, often supported by the World Bank, the International Monetary Fund (IMF), the industrialized countries and other institutions and consortiums, continues to worsen. The grabbing of natural resources is done in the name of environmental protection, the prevention of climate change, the production of “clean” energy, mega-infrastructure projects, and/or so-called “development”, often promoted by public-private partnerships. This dynamic exacerbates the concentration of natural resources in the hand of a few, the eviction of communities and the loss of peoples’ autonomy. Entire areas and territories are emptied of their communities, while the loss of identity and ecosystems makes life impossible.
Trade and investment agreements, such as the Economic Partnership Agreements (EPAs) increase the inequalities between countries and undermine the safeguard measures for the population, in particular marginalized groups. International development projects and the activities of transnational corporations (TNCs) have become increasingly important and harmful factors that reinforce existing unequal power structures at national and local level and contribute to the further marginalization of already disadvantaged population groups, such as women, youth and children.
Our governments, local authorities, as well as regional and sub-regional entities, such as the African Union, ECOWAS and UEMOA, carry a large part of the responsibility for this situation. The existing inequalities are perpetuated and exacerbated by laws and policies that are developed or signed by our governments and these institutions! Currently several processes are underway at subregional level and need to be followed closely, such the process at ECOWAS towards the adoption of subregional guidelines on land policy and at UEMOA for regulations on the risks of biotechnologies.
Communities and organizations of West Africa resist and affirm their rights In response to these threats to our lives and well-being, local communities and grassroots organizations – in Africa and around the world – resist and struggle, asserting their rights and providing real solutions for the common interest, the future of our planet and humanity. Several social and grassroots movements, as well as civil society organizations that are engaged in the defense of the rights to land, water and seeds, gathered at the African Social Forum in Dakar to protest against all forms of natural resource grabbing and the systematic human rights violations that accompany them. Through this exchange of ideas, we recognized the essential solidarity between our struggles and decided to meet again at the World Social Forum in Tunis, in March 2015, where we continued this dialogue with movements and organizations from all over the world. This led to the creation of a Global Convergence of Land and Water Struggles.

The declaration http://viacampesina.org/en/images/stories/pdf/2015-04-Dakar%20to%20Tunis%20Declaration_EN_finalfinal.pdf">Rights to Land and Water, a Common Struggle. Dakar to Tunis: Declaration of the Global Convergence of Land and Water Struggles sets out the vision, principles and aspirations of the Convergence and serves as the basis for the building of a strong and unified movement that struggles for policies which promote our human rights and food sovereignty. The signatories of this declaration have committed to pursue the process of shaping this Convergence, starting from the grassroots and with the Declaration as a common base of principles and actions. In this spirit, several organizations from eleven West African countries have created the sub-regional platform of the Global Convergence of Land and Water Struggles, in June 2015.
The Global Convergence of Land and Water Struggles – West Africa is composed by more than 300 peasant organizations (including pastoralists, fishers, forest dwellers...) and organizations representing victims of land and water grabbing (in rural, peri-urban and urban areas), evictees of popular districts, youth, women and NGOs from the 15 countries of the ECOWAS and UEMOA spaces, including networks that are active at and recognized by these institutions, in particular ROPPA. The organizations and social movements are organize themselves in national platforms, in order to carry out activities as part of the Convergence. The caravan, the Convergence’s first action, is also promoted by several sub-regional networks: ROPPA, COPAGEN, COASP, RBM, Via Campesina Africa, No Vox Africa, We Are the Solution...
The West African Convergence places itself in a perspective towards territories that are managed by and with communities and of family farms, based on peasant agroecology and the right to food in the context of food sovereignty. This perspective aims at the development of local food systems, biodiversity, the control of our seeds and respect for natural water cycles. This vision applies to rural, urban and peri-urban populations and includes respectful producer-consumer relationships of mutual solidarity and cooperation.
A West African caravan to affirm our rights to land, water and seeds
In order to make the voices of our populations heard and engage our authorities, the West African Convergence is organizing a caravan for land, water and seeds, which will take place in March 2016. This caravan will mobilise 15 countries in the sub-region. It departs from Burkina Faso on 3 March, via Mali, with Senegal as its final destination (end of the caravan on 19 March). The caravan will start with launching activities in all countries (between 25 February and 2 March). The representatives of Niger, Nigeria, Togo and Benin will join the caravan in Ouagadougou in Burkina Faso. Ghana will join the caravan in Bobo-Dioulasso in Burkina Faso. Côte d’ivoire will join the caravan in Sikasso in Mali, Mauritania in Rosso in the north of Senegal, Guinea Conakry in Tambacounda (Senegal). The Gambia, Guinea Bissau, Sierra Léone will join the caravan in Kaolack. Multi-country activities will take place in several villages in Burkina Faso, Mali and Senegal.
The demands and proposals of the Gloabl Convergence of Land and Water Struggles – West Africa will be contained in a Convergence Book, which will be handed over to the different authorities. This document will be available on 15 February 2016.
Workshops, film screenings and meetings with parliamentarians, mayors and authorities will be organized all along the way of the caravan. A big mobilization around lands to land, water and seeds will take place in Mali, in the context of the annual “landless’ village,” and an activity linked to the UEMOA will take place in Ouagadougou (Burkina Faso). The caravan, comprised of 400 delegates from the 15 countries, will be closed by an official ceremony and the handing over of the Convergence Book to the president of ECOWAS in Dakar (Senegal). The list of activities per city/village as well as a list of the organizations responsible for the organization of these events and the hosting of the caravan at the different places will be available very soon.
Sign the Declaration here : http://goo.gl/forms/yyhXa2Pb4c and support the caravan!