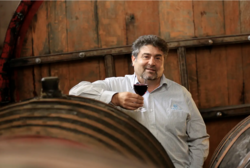 
Canadian Mounties super fund snaps up Casella vineyards
by Simon Evans and Larry Schlesinger
A large Canadian superannuation fund which counts the Royal Canadian Mounted Police and defence force workers as members has acquired 35 vineyards from wine group Casella, which owns wine brands including Yellow Tail, Peter Lehmann Wines and Morris of Rutherglen.
Casella, a family-owned company based near Griffith in NSW, put the vineyard holdings up for sale in early May after a strategic review of the overall business which resulted in a decision to divert funds into brand-building rather than being vineyard owners. Casella said the sale represented 62 per cent of its total vineyard holdings.
The sale to an investment entity of the Public Sector Pension Investment Board of Canada encompasses 35 properties across South Australia and NSW with a total holding of 7215 hectares. It includes water entitlements, and plant and equipment attached to the vineyards. The vineyards stretch across the Clare Valley, Langhorne Creek and Limestone Coast regions of South Australia, and the Riverina precinct in NSW.
It marks a big step up for the Southern Premium Vineyards entity operated by the Canadian fund. Southern Premium Vineyards already owns about 460 hectares of vineyards in the premium wine regions of Coonawarra in South Australia’s south-east, and the Barossa Valley, about 70km north of Adelaide.
Casella said as part of the deal, it had entered into long-term grape supply agreements for all 35 vineyards. John Casella, the managing director of Casella Family Brands, said the Canadian fund had a proven track record of successful long-term investment in agribusiness in Australia and around the world.
He believes the new owner will be able to deliver the “quality and consistency” of grapes needed, as it takes over the running of the vineyards. The parties (as well as selling agents Tim Altschwager and Nick Dean from Colliers) declined to comment on the sale price.
Accounts lodged by Casella Wines with ASIC for the 2021 financial year valued its property, plant and equipment assets at $139 million, however industry sources suggested the sale price was substantially higher than this.
The Public Sector Pension Investment Board is one of Canada’s largest pension fund investment managers with $C230.5 billion ($256 billion) of assets under management. It has steadily increased its investments in agricultural industries in Australia and owns cotton, nuts, fruit, vegetable and beef interests.
Wine and beer flow
Southern Premium Vineyards director Nick Gill said the group’s strategy was to offer wine companies a multi-regional grape supply solution as an alternative to owning or leasing vineyards.
Casella said on Monday it was Australia’s largest wine exporter by volume, with the flagship Yellow Tail brand making up 17 per cent of all Australian exported wine. Casella also operates the Australian Beer Co facility near Griffith which makes one of the fastest-growing beer brands in Australia, Better Beer.
Casella began acquiring premium wine brands in regions outside its core Riverina holdings about eight years ago to diversify from the Yellow Tail brand, which was a huge success and became the biggest-selling imported wine in the United States from a standing start in 2001.
With a distinctive label featuring a stylised wallaby, it notched up annual sales of 12 million cases of wine by 2018 and 2019.
Casella bought Peter Lehmann Wines in late 2014 for $57 million to give it a strong presence in the Barossa Valley, and then followed it up in late 2015 by buying Brand’s Laira from the Coonawarra district in that state’s south-east.
It also added the Morris Wines portfolio of fortified wines from Victoria’s Rutherglen district, and Baileys of Glenrowan, also in Victoria.
The vineyard transaction has been granted approval by the Foreign Investment Review Board.