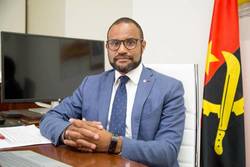 
Angola: Minister calls for more Chinese investment
Angola wants more Chinese investors to grow agricultural products in the African country that can be exported to China, Angola’s minister for economy and planning, Mário Caetano João, said on Tuesday.
In an interview with Chinese state news agency Xinhua, the minister noted that Angola has around 60 million hectares of arable land – almost half the area of China – and a low population density, with 30 inhabitants per square kilometre.
According to official Chinese data, China accounts for 22% of the world’s population, but only 7% of Chinese territory is considered arable land.
“We have a lot of land where we would like to invite Chinese investors to grow Chinese products and export to China,” Mário Caetano João said in an interview released on Tuesday.
“That will be very interesting because we have also seen that China has offered duty-free and quota-free access to Angolan goods to China,” the minister recalled.
On 5 August, the Chinese ambassador in Luanda, Gong Tao, told the Angolan press that negotiations were underway for exemption from customs tariffs on exports to China.
“We already have many Chinese companies investing in agribusiness. And even the biggest maize producer in Angola’s Malanje province is Chinese,” said Mário Caetano João in the interview with Xinhua.
The minister pointed to agriculture as one of the key areas for diversification of the Angolan economy, which depends on the oil sector.
Agricultural development will also require major infrastructure investments, namely roads, electricity supply and water supply, and the food processing industry, Caetano João added.
The minister advocated “much greater cooperation with China” in the manufacture in Angola of medicine for human and animal consumption, in “digital transformation”, and in the financial sector.
Total Chinese investment in Angola has reached US$20 billion (€20.03 billion), but Caetano João said he would like it to be “much higher,” especially private investment.