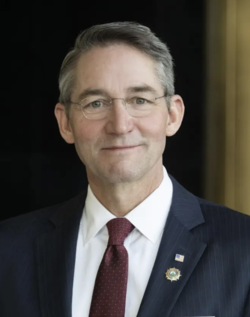 By Mikkel Pates
BISMARCK, N.D. — The North Dakota Attorney General’s office is looking into a land transaction between a prominent Grafton, North Dakota, potato farming family and a trust associated with billionaire Microsoft co-founder Bill Gates.
In a letter dated June 21, 2022, and addressed to the Red River Trust, care of trustee Peter Headley, in the trust’s Lenexa, Kansas, office, and also at an office in Grafton, North Dakota, where Campbell Farms is headquartered and still operates, the attorney general’s office notified the trust that all corporations or limited liability companies are “prohibited from owning or leasing farmland or ranchland in the state of North Dakota,” and from “engaging in farming or ranching.”
“In addition, the law places certain limitations on the ability of trusts to own farmland or ranchland,” the letter said.
Attorney General Drew Wrigley was not immediately available for comment but said he could speak on the matter after a response period.
The Trust and Headley have 30 days to respond to Kerrie Helm, a paralegal in the attorney general’s Corporate Farming Enforcement Division.
“Our office needs to confirm how your company uses this land and whether this use meets any of the statutory exceptions, such as the business purpose exception, so that we may close this case and file it in our inactive files,” the letter says.
Records show that the Campbell potato farming group based in Grafton, North Dakota, has transferred more than $13 million worth of farmland to entities tied to Bill Gates, the billionaire co-founder of Microsoft who is reputedly the nation’s largest farmland owner.
Agweek on June 13, 2022, broke a story that described transactions about land deals, and a paper trail that connected the transactions in Pembina and Walsh Counties . The deal totaled $13.5 million, involving a total of about 2,100 acres.
The North Dakota Corporate or Limited Liability Company Farming Law has “certain exceptions, such as permitting registered family farms or allowing the use of the land for business purposes,” the letter said.
Initially, the law requires North Dakota county recorders to provide a copy of a title to the attorney general if that recorded title “conveys ownership of farmland or ranchland to a corporation or LLC.”
The letter said it had “come to our attention” that the Red River Trust “may have acquired land for farming or ranching in Pembina County on Nov. 4, 2021. A corporation or LLC “found in violation” of the law has up to a year to divest itself of the land or face a penalty “up to $100,000,” the letter said.
Public deeds show the transaction totals about $13.5 million, with a rough average price in two counties of $6,400 per acre. Pembina County transfers break down to about $6,600 per acre. The Walsh County documents are complicated by river boundaries, but the sale price calculates to about $6,000.
The Pembina records show “grantors” (sellers) are brothers “William T. (‘’Bill’) Campbell, a married individual, Gregory T. (‘Greg’) Campbell, a married individual and Thomas S. (‘Tom’) Campbell, a single individual.” Agweek left phone and messages, emails and texts for Tom, Greg and visited offices of Bill at Campbell Properties, Fargo, without a response.
The mostly non-irrigated land on Nov. 2 and 3, 2021, was transferred to Red River Trust, described as a “Washington” state trust, with trustee Peter Headley.
According to the deed documents, the trust is located 8789 Penrose Lane, Suite, 400, Lenuxa, Kansas, a suburb of Kansas City, Kansas. That’s the same address as Cottonwood Ag, or Cottonwood Farms, and Oak River Farms/Midwest. Agweek called Oak River Farms, which did not return calls for the earlier story.
Asked for a record of the incidents of enforcement of the corporate farming law, Liz Brocker, the agency’s spokesperson, referred Agweek to the Attorney General’s biennial report .
The reports noted that in September 2018 a federal district court had interpreted the state’s corporate farming law as not permitting out-of-state family farming corporations. But a federal court ruled in favor of plaintiffs who had concluded that the corporate farming law was unconstitutional. The court ordered the state to allow out-of-state family farm corporations to operate within North Dakota. In August 2019 the court ordered the state to pay $175,000 in attorney fees to the North Dakota Farm Bureau, the lead plaintiff. The report said it had been the fifth constitutional challenge against the law in the prior decade.