Tycoon Dewji takes on Coca-Cola with Tanzania investment ramp up 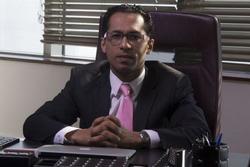 
Tycoon Dewji takes on Coca-Cola with Tanzania investment ramp up
by David Malingha
(Bloomberg) -- Tanzanian billionaire Mohammed Dewji plans to invest at least $1 billion to expand his business and take on rivals, including Coca-Cola Co. and Unilever, in the East African country.
About 40% of the funds will be equity financing and the reminder raised through debt, Dewji said an interview at the Qatar Economic Forum. The investment will be made over three to five years, about 15% of which will be deployed to fund operations in neighboring countries such as Rwanda and Uganda, he said.
Investment has been slowly increasing in Tanzania, home to tourist attractions including Mount Kilimanjaro and the Serengeti nature reserve, as President Samia Suluhu Hassan amends laws and eases rules for doing business. MeTL, Dewji’s industrial conglomerate, is one of the biggest employers in Tanzania with operations in sisal farming, flour milling, textiles, beverages, edible oils and energy.
“We are investing heavily into the carbonated soft drink business, where we really really want to take on Coke and Pepsi with homegrown brands,” Dewji said. “We are already dominant in some of the brands, but now we are setting up shop everywhere around the country, wherever Coke is present.”
Africa’s homegrown investors are looking to expand in fast-moving consumer goods, which is one of top growth sectors as more people move to live in towns from villages. The continent’s FMCGs, as the industry is known, has for decades been dominated by global companies that have set up regional hubs and built extensive distribution networks.
Dewji is talking to funders, including the African Development Bank and Proparco, to raise money for the planned investments. “We still have tons of money we could raise. We are heavily under-leveraged.”
“By the end of this year, MeTL will become the world’s largest sisal producer,” Dewji said of the fiber-yielding plant that’s used to make rope, paper, carpets and reinforce gypsum. “We will have almost 30,000 hectares under plantation of sisal.”
MeTL will spend about $200 million on a sugar manufacturing project to handle 2 million tons of cane and produce about 200,000 tons of the sweetener. The company further plans to buy a financial technology firm and expand it as part of plans to get into digital banking, including microlending.
“Fintech is going to bring efficiency and cost-effectiveness,” “We are ready to provide capital on a competitive basis.” There is an opportunity to boost liquidity into the market with credit, he said.
The company has also acquired an island off the Tanzanian coast as part of plans to develop tourism services to cater for an anticipated surge in guests following President Hassan’s push to promote the country’s attractions, including safaris as well as beach and marine offerings, according to Dewji. MeTL’s edible oils, margarines and detergents are also gaining in markets that been significantly supplied by global brands such as Unilever and Procter & Gamble, he said.
“We are every year wining market share against the big boys,” Dewji said.