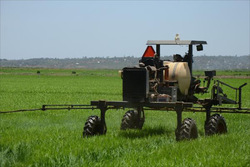 Community says marsh is community land, says they were intimidated to withdraw suit

The National Land Commission team will hold public hearings for three days in Siaya on plans to allocate the Yala Swamp to a private investor.

The dates are June 14-16, Tuesday through Thursday.

Through a tweet on Monday, the NLC said public hearings are necessary because of objections to plans to allocate the wetlands.

The intention to allocate the land was published in the Standard newspaper of October 14, 2021.

Politics over Yala Swamp has been simmering for a long time, not only in the court of public opinion but also in the corridors of justice.

In the latest turn of events, petitioners withdrew a court case that sought to have the land returned to the community.

The secretary to the Yala Swamp Advocacy Forum Rodgers Ochieng' told the Star on Tuesday that the petitioners were intimidated by powerful people to withdraw the case.

The respondents in the aborted case were the NLC, the Siaya county government and M/s Lake Agro Limited.

Heading for the discussions, the Yala Swamp Community members, through chairman Walter Otieno, said the land in question is community land. Siaya county has been holding it in trust, he said.

"This is a fact  documented in a Kenya Gazette of 1970, No. 2570, which set apart the land for organised settlement," the community petition to the chairman of the NLC read.

The petition further said no documentation exists to indicate any change of ownership "from Trust land to government land nor community land to public land under the laws of Kenya".

"No statutory requirements of setting apart were executed. No compensation nor resettlement and procedural requirements were followed as stipulated under the laws [at the time]," the petition further read.

On March 17 this year, the community staged a demonstration, saying Lake Agro had begun operations on the contested land despite a court order barring any activity until the case was determined.

He said Rasanga had disobeyed the court after colluding with Rai Industries to grow sugar cane in the swamp.

But Rasanga was quoted by the press saying public participation did precede the decision to allocate the land.

The community alleges Rai grew a sugar cane plantation  for Rasanga in his Segere Farm as a token of appreciation. The governor then went mute on the plight of the swamp community.

"The Siaya county government of Siaya has misled the Ministry of Lands, the National Land Commission and Kenyans into believing that the law had been adhered to when they requested the land to be allocated to Lake Agro," the petition reads.

"We want the Yala River water and swamp to make a difference here and I have told Atandi to ask those people who went to court to stop an investor working in the swampland to withdraw the case," Raila had said at the funeral of Sammy Aduol in Mur-Malanga.

However, the swamp community chairperson criticised Raila, demanding he should keep off their issues.

They also threatened to boycott August 9 general election if their complaints were not to be heard and concluded.

"Raila should shut up!" was the rallying cry.

He has never opened his mouth despite being aware of our struggles," Otieno told the Star then.

"They seem to be using arbitration to buy time yet Rai is continuing to cultivate our land illegally," Otieno said.

The community wants the matter to be settled in court for they have always suspected foul play.

Through another rights group, Scoda, they promised to head back to court following the withdrawal of the case.

The NLC in conjunction with the county government of Siaya reportedly intends to lease the fertile wetland to Rai for the next 99 years.

Initially, the land had been leased for 25 years to Dominion Farms but  investor Calvin Burgess pulled out before the expiry of the period, citing political interference.

The aggrieved community wants the public hearings to resolve that the land is to be registered as community land.

They also want any investor who may want the land or a community land.

Lastly, they want the County Government of Siaya to agree to making public the Memorandum of Understanding between M/s Lake Agro Limited and any other investor.