Despite fears of foreign control, Aussies own the lion's share of agriculture 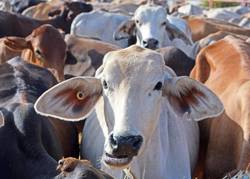 
Despite fears of foreign control, Aussies own the lion's share of agriculture

by Chris McLennan
Chances are you wouldn't pick the Netherlands if you took a guess at which foreign country owns the most Australian agricultural land.
China still holds the crown for the biggest stake in our farms, which includes both leased country and freehold land.
The Netherlands has remained out in front in terms of freehold ownership.
Foreign ownership has remained pretty stable over the five years, and bounces up and down slightly depending on overseas investment priorities.
For example, the Chinese textile group Shandong Ruyi has just sold its majority stake in Australia's biggest cotton grower, Cubbie Station.
The Queensland irrigation giant comprises 93,700 hectares of farmland.
In Western Australia, Twiggy Forrest has bought Balfour Downs (634,000ha) from the Chinese this year and The Springvale Aggregation (604,430ha) from a UK fund.
The big US investment company Proterra Investment Partners is selling all its remaining Australian property portfolio with the sale of Vaucluse (4448ha) in Tasmania, One Tree (23,594ha) in Queensland and NSW as well as Racecourse (14,425ha) in Queensland.
Canada was fifth on the list midway through last year as having biggest foreign stake in Aussie freehold and lease land but continues to compile assets.
Canada's PSP Investments is behind another four more big cattle station purchases - this time more than a million hectares in central Australia.
The pension fund earlier this year backed Queensland-based Hewitt Cattle Australia's purchase of four stations (more than a million hectares) in central Australia.
The Foreign Investment Review Board's annual look at foreign ownership of farm land is triggered when a foreign interest holds least 20 per cent of the property.
This means the national agricultural land register includes foreign involvement even if the majority of shareholders are Australian.
The estimated amount of agricultural land with "a level" of foreign ownership was 14.1 per cent at June 30, 2021.
That amounts to almost 53 million hectares.
Foreign investment is by far the biggest in livestock although in recent times there was more spending in cropping country, up by 5.2pc.
The statisticians also recorded the amount of Australia land reserved for agriculture has fallen.
"The drop is due to the impact of natural disasters on agricultural activities; drought and flooding experienced in New South Wales and Queensland; and bushfires experienced in NSW, Queensland and Victoria," the report said.
It also found the level of foreign ownership of agricultural land has remained relatively stable over the past six years.
More than 85pc of agricultural land with foreign ownership is used for livestock and about 83pc of that land is leased.
Big swathes of the Northern Territory which are held in vast cattle stations, occupy lease country.
When total foreign freehold and leasehold interests are combined China has the largest holding of 2.3pc, shadowed by the United Kingdom (2.2pc), the USA (0.8pc), Netherlands 0.7pc, and Canada with 0.6pc.
When just freehold was considered, the Netherlands has stayed out in front with 1,661,000 hectares.
The Dutch were followed by USA, UK, China. Canada, Saudi Arabia, Denmark, Switzerland, Hong Kong and Germany.
The level of foreign held agricultural land rose in Western Australia, Victoria, NSW and Tasmania and fell in the Northern Territory, Queensland and South Australia.
Foreign held land by number of properties was also recorded - NSW/ACT 2580, Victoria 2187, Queensland 1693, WA 1564, SA 815, Tas. 1344, NT 101.
The annual report also found USA investors increased their leasehold interests in forestry plantations.
China's overall interest was lower by about 700,000ha due to the sale of two large perpetual leases.
Hong Kong's overall interest increased due to new leasehold agreements.