Colonial and anti-colonial movements’ have deeply shaped the patterns and impacts of concessions in SE Asia. In some cases, communities have experienced dispossession through land grabs dressed as concessions. In others, concessions are part of a re-concentration of land holding. Either way, the concession model fits well with ideologies of modernisation.

A plantation is a machine that assembles land, labor, and capital in huge quantities to produce monocrops for a world market. It is intrinsically colonial, based on the assumption that the people on the spot are incapable of efficient production. It takes life under control: space, time, flora, fauna, water, chemicals, people. It is owned by a corporation and run by managers along bureaucratic lines. 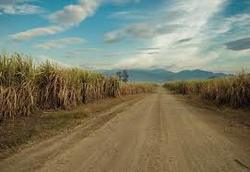 Land struggles played an important part in mid-twentieth century anti-colonial movements in Southeast Asia. In some cases, for example in northern Vietnam, the targets were mainly local landlords who benefited from their association with the colonial regime. These landlords had holdings measured in a few hectares at most. Elsewhere, however, it was the much larger French (Indochina), Dutch (Indonesia), British (Burma and Malaysia) and American (Philippines) plantation owners whose holdings became a target of the independence push and whose association with gross inequality pushed independence movements leftwards.

Given this history, there are clear ironies in the revitalisation of the concession model in the twenty-first century, particularly as countries with a history of socialist land reforms seem to have applied the model with particular enthusiasm. Small scale cultivators in Cambodia, Laos, Myanmar and Vietnam have all seen experienced dispossession through land grabs dressed as concessions. In countries such as the Philippines, Indonesia and Thailand, which enacted pre-emptive redistributive reforms to offset rural unrest, concessions are part of a re-concentration of land holding. This raises questions both on the reasons for the large-scale landholding model coming back in this form and on the impacts on smallholders and on the region’s forests.

Essentially, the concession model involves a government agency granting a commercial enterprise the right to large-scale resource extraction and/or land use for perennial or annual crops, usually in the form of a long-term lease. Concessions include not only agricultural plantations, but also other activities like forestry (logging and fast growing tree plantations), mining, quarrying, hydropower, tourism and industrial development – the latter often in so-called special economic zones that have labour and environmental laws different to those of the rest of the country in which they are located. Many – but far from all – of the concessions in Southeast Asia are to companies from neighbouring countries. In mainland Southeast Asia, the governments of the less industrialised countries of Cambodia, Laos and Myanmar have mainly entered into concession agreements with companies from China, Thailand and Vietnam. Singaporean and Malaysian companies invest in Indonesian oil palm.

The social and environmental consequences of the concession model are manifold. The land that is granted for monoculture plantations is often part of extensive cultivation systems in upland margins, on land that used to be farmed under shifting cultivation by ethnic minorities. Fallow land within such systems gets classified as ‘wastelands’ by state authorities. Concessions are also implicated in widespread deforestation, in a region that has experienced more rapid forest loss or degradation than any other part of the world.

There is a close link between forest concessions and land concessions. In Thailand, until 1989 large parts of the country’s forested land outside national parks and wildlife sanctuaries were granted as logging concessions. Concern over environmental and human impacts of logging led in that year to the cancellation of these concessions, many of which had opened up forest areas for road infrastructure and brought in labour that resulted in smallholder clearance of areas that had been logged over. Following cancellation of the logging concessions, the Royal Forest Department granted large-scale investors’ concessions for the plantation of tree crops, including eucalyptus and rubber, in the name of reforestation. The World Bank’s controversial Tropical Forestry Action Plan (TFAP) of the late 1980s was implicated in such concession policy. The result was years of conflict between such plantations and the mainly poor smallholders whose untitled land was confiscated, some of whom had no option but to go on to clear yet more land for their survival. These included ethnic Lao and Khmer in northeastern Thailand and indigenous upland groups such as the Karen in the North. In Cambodia, cancellation of logging concessions in the 1990s was followed by granting of economic land concessions, which in principle would be used to grow commercial crops. In fact, large swathes of land were deforested to create such farms but were never planted, since the main profit to be made was in timber rather than in plantation crops on what was often quite marginal land. A similar process has occured in Kalimantan, Indonesia.

In Cambodia, which has lost more than a quarter of its forests since 2000, studies suggest that a combination of forest and economic land concessions account for 30 per cent of deforestation over the same period. Moreover, another significant part is clearance made by those who have been displaced by the concentration of land in the hands of bigger economic players. In Ratanakiri province, in the country’s northeast, the once forested landscape has been fundamentally transformed over just two decades, as indigenous lands have been lost to concessionaires growing tree crops such as rubber and cashew. Many landless ethnic Khmer have moved from the lowlands to grow plantation crops on smallholdings that have been carved out of areas that were previously forested or were part of fallow cycles of indigenous shifting cultivators.

Why have governments in this region that had come to power in part on the basis of land grievances against former regimes been so willing and able to employ the concession model and to dispossess their own citizens? To answer this question requires that we look at legacies of socialist systems, developmental ideology, political-economic structures and transnational investment patterns.

As countries which historically applied socialist models and principles of land tenure have moved toward market-based production, they have maintained state control over large parts of national territories. Vietnam, Laos and Cambodia all experimented with a combination of collectivisation and state-run agriculture, silviculture and logging. In the 1980s, market-oriented reforms ultimately led back to smallholder agriculture, but large areas were reserved under state management. This has facilitated the granting of long-term leases to domestic or foreign investors for tracts of land measured in thousands of hectares. In Myanmar, socialist organisation of agriculture was mainly implemented through state procurement policies rather than direct state or collective control, but within this system farmers were told which crops to plant and required to deliver at below-market prices. As the country opened up economically from the 1990s, the military joined wealthy individuals in what are often termed crony-led land grabs, based on continuing state ownership of land under the country’s constitution and applying the concession model.

The political economy of each country shapes the pathways and patterns of concessions. In Cambodia, political power has been achieved and entrenched by the ruling party through patronage, in which concessions for the country’s forest and land resources has been prominent. Many of the concessions are thus held by powerful domestic players, but Vietnamese, Thai and Chinese investors have also been granted large scale concessions for sugar, rubber and other crops, as well as for tourism and industrial activity.

The concession model fits well with ideologies of modernisation, particularly in the globalized neoliberal era in which policies such as the Lao government’s “turning land into capital” are supposed to catalyse a move from “backward” to modern agricultural practices. Underlying such ideology, however, lie many highly questionable assumptions, including the relative efficiency of larger holdings compared to smallholder plantation of the same crops, of the trickle down that profitable investor-led farming is supposed to bring to rural well-being, and the restoration of supposedly degraded lands through the concession model. What is not in doubt is that the model serves the interests both of corporate investors and government officials involved in the granting of concessions. This has occurred not only at the expense of Southeast Asia’s remaining forest cover, but also of the region’s smallholders whose displacement and other livelihood ruptures will have lasting impacts.