The Comb - Climate of danger: Exile 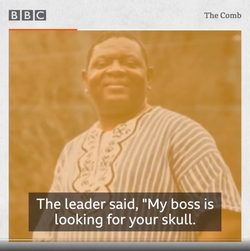 The Comb
Climate of danger: Exile

Available for over a year

Death threats and exile: Local environmental defenders are the front line of the climate crisis - protecting the land they live on when it’s threatened by powerful business interests. But as the battle against climate change grows more intense, it’s becoming an increasingly dangerous role. Global Witness recorded 227 killings of land and environmental defenders around the world in 2020, including 18 in Africa. Alfred Brownell is an environmental lawyer and activist and was forced to flee his home in Liberia for his own safety, after mounting threats from people opposed to his work.