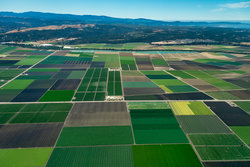 Food & Power presents the first article in a three-part series examining the influence of farmland investing on equity and the future of food. This series is written by Humon Heidarian, a food policy professional with a focus on racial equity and a master’s degree in public administration from the University of Vermont.

Banks, retirement funds, retail investors, boutique asset managers, and even some nonprofits and universities are doubling down on farmland investments. Bill Gates bought his first farm in 2013 and now owns nearly 270,000 acres across 18 states, making him the largest private owner of U.S. farmland. Leading pension fund TIAA went from owning no agricultural land in 2007 to controlling $8 billion of global farmland by 2017. Even the University of Alabama has partnered with a private firm to become an absentee owner of farmland.

This buying spree is making it challenging for younger people to own farmland unless they inherit it, pushing many young farmers to rent. This particularly excludes Black, Indigenous, and other farmers of color, who are less likely to inherit land due to historic land loss and less likely to receive loans for renting or buying land, compared to their white counterparts. These investments have also been deeply harmful to rural communities and the environment.

“[This trend results] in the loss of land access and sovereignty,” says Holly Rippon-Butler, land campaign director for the National Young Farmers Coalition. “Stewards of the land [are] becoming further separated from that line of work, and there is the potential of knowledge and community resources being lost.”

Financiers have taken a particular interest in buying farmland since the 2008 recession because it is a tangible asset that steadily appreciates over time. Farm real estate prices doubled between 2000 and 2010 to $2,140 an acre, according to the U.S. Department of Agriculture, and have remained high. In 2020, U.S. farmland values averaged $3,160 per acre. Over the past two decades, agricultural investments have done better than the S&P 500.

Farmland also produces steady income, unlike other tangible assets such as gold, in the form of rents from farmers who work the land, livestock, and crop sales. Altogether, in 2014 the National Council of Real Estate Investment Fiduciaries found that farmland returned an average of 12.5% a year and timberland returned 8.3% over a 20-year span.

American investors are also buying up millions of hectares of farmland in Africa, Central America, and Eastern Europe. Dr. Stephen J. Kobrin, a professor at the Wharton School, argues that foreign investment in farmland is a new form of colonialism, as large areas of land are controlled by firms that do not live on the land but hire many locals and receive rent from them.

Although corporate investment is increasing, nonfarming landlords are not new. Corporations and trusts (which include some non-investor entities) controlled just 10% of U.S. farmland in 2014 and, moreover, a small handful of nonfarming landlords have controlled and rented out roughly 30% of all U.S. farmland since at least the 1990s, likely longer. Historically these landlords have been retired farmers or nonfarmers who inherited farmland. But as these landlords and farmers alike begin to pass on their land, investors stand to grab a growing portion of farmland and hold onto it for the foreseeable future. In the next 10 years, as more farmers reach retirement age, about 400 million acres will enter the market.

Investors do not always manage farmland with environmental stewardship in mind. Most want to maximize their returns quickly. As a result, they prioritize harmful chemical fertilizers and pesticides, and major tilling, while investments in soil health, biodiversity, or erosion control take a back seat. On an international scale, investors could alter global food production patterns by emphasizing profitability over nutrition.

In the 19th century, U.S. policy led to the distribution of vast land grants to railroad corporations and to white homesteaders — and the displacement and exclusion of Indigenous people and people of color. Trends toward farmland financialization move us farther away from righting these wrongs and moving to a more equitable farm economy. The next story in this series will dive deeper into how corporate investing harms Black and Indigenous farmers, specifically.