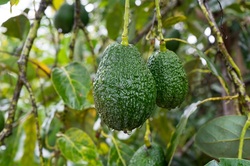 Fresh Fruit Portal | 8 June 2021
Israeli conglomerate set to invest $60M in Colombian Hass avocado production
Managro, an Israeli-based agricultural investment conglomerate, is reportedly planning to buy 3,700 hectares (9,140) acres of land in Colombia for Hass avocado production.
Chagai Stern, executive director of Managro, said that the objective is to guarantee year-round production with a high-quality avocado. "This means that when one region stops harvesting, another will supply it," he was quoted as saying by local newspaper Portafolio.
The investment is set to be around US$60 million, which Stern explained is much larger than the typical $20 million typically allocated in other agro-industrial developments.
He added that the company's goal is to ensure to its local avocados can compete well with supplies from other Latin American countries.
"What we want to do is to bring genetics to improve quality," he was quoted as saying.
This company has worked in Colombia in the agro-industrial sector with, in his opinion, favorable results. The first step was taken with milk production in the Puerto Boyacá area.
Following the success in Puerto Boyacá with milk, the company turned its efforts to other products. It began to buy land extensions, and today it has some 1,000 hectares and exports mangoes, avocados, tahiti limes and pineapples from Colombia.
It mainly produces in Santa Fe de Antioquia, Santuario and San Francisco, all municipalities in Antioquia.
Its main customers are in the United States and Europe. Last year it exported 3.7 million kilos of fruit from the packing plant it bought in Palmira, in the Valley, and the prospect for 2021 is to double this volume.