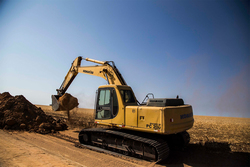 Researchers and activists visited communities in Piauí state, in Brazil’s northeast, impacted by the Matopiba agribusiness project, which has forced family farmers off their land due to property speculation. (Photo: Rosilene Miliotti/Federation of Organs for Social and Educational Assistance (FASE))
Mongabay | 2 June 2021


Land conflicts in Brazil break record under Bolsonaro
by Juliana Ennes
Land conflicts in Brazil broke a record in 2020 for the second year running, reaching 1,576 cases — the highest since 1985, according to the Pastoral Land Commission (CPT).
Activists have identified government actions as the main driver for the increase in conflicts over land, labor and water, citing cuts to environmental and social initiatives and rhetoric favoring land grabbers and illegal miners.
Conflicts involving Indigenous peoples accounted for more than 40% of the total; Indigenous people also made up seven of the 18 victims of murders linked to land conflicts recorded by CPT last year.
Attacks on Indigenous reserves have escalated in recent weeks, with illegal gold miners attacking the homes of Indigenous leaders on May 26 in the Munduruku reserve in the Amazon, prompting state authorities to demand a continuous presence of security forces in the region.
Land conflicts in Brazil hit 1,576 cases in 2020, the highest number ever recorded by the Catholic Church-affiliated Pastoral Land Commission (CPT), which has been keeping track of the issue since 1985.
This number represents an increase of 25% from 2019, and 57.6% from 2018. It translates into an average of 4.31 land conflicts per day, involving a total of 171,625 families in 2020. More than two-fifths of the conflicts, or 656 cases, involved Indigenous peoples.
According to CPT data released May 31, the number of rural conflicts rises to 2,054 when labor issues and water disputes are included, an 8% increase from 2019.
The COVID-19 pandemic had an impact in terms of hindering access to human rights defense institutions and reducing community services that help protect the local population, along with governmental actions, said Isolete Wichinieski, CPT’s national executive coordinator.
“The official governmental positioning toward weapons-bearing rights, in favor of prospectors and miners, and supportive of Indigenous land use by mining companies, is encouraging to land grabbers and invasions, directly influencing the number of conflicts in the field,” Wichinieski told Mongabay in a phone interview.
The record number of land conflicts in 2020, and before that in 2019, coincides with the term of President Jair Bolsonaro, who is often accused of favoring land grabbers and invaders to the detriment of social movements and local communities, and of cutting environmental regulations.
Land invasions more than doubled in 2020, with 81,255 families seeing their territories encroached on. Indigenous peoples represented nearly 72% of the total.


A prominent recent example of such an invasion was the attack last week by illegal miners who shot at and set fire to the homes of several Indigenous leaders in the Munduruku Indigenous Reserve in the Amazon.
Violent attacks by gold prospectors seeking to illegally exploit the Munduruku and Yanomami reserves have ignited a response from authorities in the state of Pará, where the reserves are located. State prosecutors issued an order May 30 for security forces to maintain armed supervision in the municipality of Jacareacanga, in the state of Pará, to “guarantee the safety of the Munduruku people and remaining inhabitants of the municipality.”
The land conflicts have often turned deadly. Indigenous people accounted for seven of the 18 people murdered in rural conflicts recorded by the CPT last year, and 12 of the 35 attempted murder targets.
“Indigenous leaders are at the mercy of a violence engendered from a governmental stance that encourages invasions and the exploration of territories,” Eloy Terena, legal coordinator of the Articulation of Indigenous Peoples of Brazil (APIB) and the Coordination of Indigenous Organizations of the Brazilian Amazon (COIAB), said in the CPT’s annual report.


Bolsonaro’s stated refusal to recognize any more Indigenous territories may also be a factor in the conflicts. According to the CPT, there are at least 246 Indigenous territories still pending demarcation. That echoes the findings of a report published last week by a coalition of 30 social movements and organizations in Brazil called Agro é Fogo (which translates into “Agribusiness Means Fire”).
The coalition’s report ties deforestation to land grabbing, showing how invaders use forest fires as a tool to consolidate their control over land that then forms part of the ever-expanding agribusiness frontier in Brazil. The report also shows a direct correlation between environmental problems and the issues of land tenure.
Diana Aguiar, political adviser to the National Campaign in Defense of the Cerrado, an organization that is part of the coalition, said the best way to contain the spread of deforestation is to provide land titles, especially to Indigenous peoples and quilombolas, the Afro-Brazilian descendants of runaway slaves.
“Everyone who is involved in reducing deforestation should include in the discussion the defense of Indigenous and quilombola territories, in addition to the agrarian reform,” Aguiar told Mongabay in a phone interview.


Both the CPT’s and Agro é Fogo’s reports highlight the role that foreign investment capital has on land disputes and, as a consequence, rural conflicts.
Since 2008, pension funds have bought up some 750,000 hectares (1.85 million acres) of land in the country, through deals that have involved illegal land grabs, violent evictions of traditional and rural communities, deforestation, fires, and other forms of social and environmental havoc in the region, according to Agro é Fogo.
The CPT has also increased its focus on gender and sexuality issues in the context of rural conflicts. In the last 10 years, the CPT recorded 37 murders and 77 attempted murders of women in land and socioenvironmental conflicts. Most of the victims were Indigenous women, landless rural workers and quilombolas. The CPT also recorded a wide range of other forms of violence against women, such as assaults, arrests, rapes, bodily injuries, humiliation, and intimidation.
The commission has also expanded its database to include numbers of anti-LGBT violence in rural areas. Among the most brutal of these crimes was the attack on Aline Silva, a trans activist from the Movement of Landless Rural Workers (MST), who was beheaded in Pernambuco state in 2019. The perpetrator, reportedly identified as Heronildo Martins de Vasconcelos, will face a popular jury, according to local media reports.
Original source: Mongabay
TWITTER
FACEBOOK
WHATSAPP
PRINT
E-MAIL
TWITTER
FACEBOOK
WHATSAPP
E-MAIL