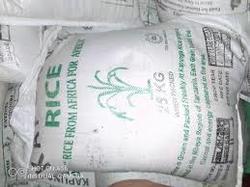 
Tanzania: Rice farmers lose appeal against Kapunga project
By Faustine Kapama
Some famers from Mbeya Region have lost an appeal case, seeking to invalidate the High Court's decision on demand over 1bn/- as compensation and damages against Kapunga Rice Project, which was accused of maliciously damaging their rice.
This follows the decision of the Court of Appeal to "strike out" for being time barred the appeal lodged by five farmers, the appellants, who had sued, by way of representative suit, the Kapunga Rice Project, the respondent, before the High Court at Mbeya.
Justices Shaban Lila, Winfrida Korosso and Lugano Mwandambo ruled against the appellants, Mayira Mayira, Daudi William, Alatwinusa Ndege, Baraka Mkwawa and Sadick Mwasumbi after upholding a ground of objection raised by the respondent that their appeal was incompetent.
'We are of firm view that the appeal before us is incompetent for being time barred. In the end, the (.....) preliminary point of objection is sustained.
Consequently, we strike out the appeal with costs for being time barred," they ruled.
The justices noted in the instant appeal that the date of delivery of judgment sought to be challenged was January 25, 2019, while the notice of appeal was filed on the February 25, 2019 and the Memorandum of Appeal was filed on September 13, 2019.
They pointed out that in terms of Rule 90(l) (a) of the Court of Appeal Rules, everything being equal, the Memorandum of Appeal should have been filed on or before April 25, 2019.
During hearing, the appellants had argued that the 60 days required to file the Memorandum of Appeal do not apply to the instant appeal, since they had written a letter on February 23, 2019 requesting for copies of judgment and proceedings in line with the proviso to Rule 90(1) of the Rules.
Hence, they submitted, the issued certificate of delay from the Deputy Registrar that excludes the period from February 23, 2019 up to August 19, 2019 has to be considered.
According to them, upon such consideration, then clearly, the appeal is within time, the Memorandum of Appeal having been filed on September 13, 2019.
The justices said that having scrutinised the record of appeal they failed to see the letter requesting for copies of proceedings, judgment and decree alleged to have been filed on February 23, 2019.
"We are aware that the certificate of delay found on the record of appeal makes reference to this letter, and a copy of the same is attached to the appellants written submissions," they said.
The justices were, however, quick to pointy out that the alleged letter is nowhere to be found in the record of appeal and, thus, agreed with the counsel for the respondent that there is no letter from the appellants seeking for copies of proceedings, judgment and decree in the record of appeal.
"In the absence of the letter as required by Rule 90 (1) and (3) of the Rules, the appellants cannot benefit from the exception to Rule 90(1) of the Rules.
Rule 90(3) of the Rules makes it mandatory for an application in written form to be served on the respondent," they said.
The respondent had submitted that he was not served with a copy of the said letter and the appellants were unable to confirm or give evidence on whether or not the said letter if it was there, was served on the respondent.
"Under the circumstances, in the absence of any evidence to the contrary, we hold that there was no written application from the appellants requesting for copies of proceedings, judgment and decree for the purposes of the intended," the justices said.
The appellants had invited the Court to be guided by the overriding objective principle in determining the preliminary objection raised by the respondent.
The justices, however, pointed out that the issue under determination related to limitation of time which touches on the jurisdiction of the Court.
This being the case, they said, non-compliance with the procedures related to limitation of time could not be said to be technicality to be cured by the overriding objective and that where the issue is that the appeal is time barred it means that the Court cannot entertain it for lack of jurisdiction.
"Such an issue goes to the core of the determination of the case. For the foregoing reasons, we decline to accept the invitation to overlook such an issue of jurisdiction that the appeal is time barred.
The overriding objective principle is under the circumstances inapplicable," the justices said.
By way of a representative suit, Mayira Mayira, Daudi William, Alatwinusa Ndege, Baraka Mkwawa and Sadick Mwasumbi sued the respondent in the High Court of Tanzania at Mbeya, claiming payment of 800,248,500/- being compensation for the alleged malicious destruction of the appellants' rice.
The appellants also pushed for general damages amounting to 300m/- or as it may be assessed by the trial court. After a full trial, judgment was entered for the respondent.
Dissatisfied, the appellants decided to take the matter to the Court of Appeal for final determination.