Ferguson, up for Treasury Secretary, leaves a legacy of misleading claims to social responsibility 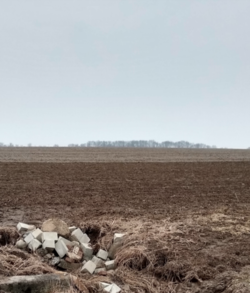 
Ferguson, up for Treasury Secretary, leaves a legacy of misleading claims to social responsibility
WASHINGTON,  D.C. — As Wall Street executive Roger Ferguson Jr. is shortlisted for Secretary of the Treasury under President-elect Joe Biden’s new administration, new analysis reveals that his Fortune 100 finance firm TIAA has a reckless and irresponsible history of farmland investment.
A new white paper, TIAA’s Accumulation of Farmland is Not Responsible, published today by ActionAid USA and Friends of the Earth U.S., reveals that the trillion-dollar pension fund manager has consistently claimed to make socially responsible business decisions, while advancing a model of land investment that undermines global human rights norms.
Under President and CEO Roger Ferguson’s tenure, TIAA has aggressively pursued farmland as an investable asset class. Shortly after the global financial crisis of 2008, Ferguson stepped into the role of CEO; since then,TIAA has bought almost 2 million acres of farmland on four continents, worth as much as USD $10 billion. With control over more agriculture assets than any other money manager worldwide, TIAA and its real assets division, Nuveen, have pioneered a destructive model of farmland investment with global implications.
Under Ferguson’s tenure, TIAA advanced extensive, chemical-dependent monocrop farming which trades climate stability, biodiversity, and the rights of local communities for short-term corporate profits.
“TIAA has claimed that it does climate positive investing,” said Jeff Conant, Senior International Forests Program Manager with Friends of the Earth, “but its extensive land speculation and promotion of industrial agribusiness flouts human rights norms, undermines food security, and ignores climate concerns.”
In 2011, TIAA developed the Principles of Responsible Investment in Farmland which have now become a reference for other institutional investors in farmland. However, the Principles appear designed to insulate the firm from criticism rather than to adhere to best practices, the report argues. TIAA has ignored existing standards, namely, the United Nations’ Guidelines on the Governance of Tenure of Land, Fisheries and Forests. TIAA’s alternative standards, developed with no input from civil society, are weaker, and undermine the legitimacy of the U.N.’s independently-developed guidelines.
“Before he is offered a position in the Biden administration, Roger Ferguson needs to address some problems in his legacy,” said Doug Hertzler, Senior Policy Analyst at ActionAid USA. “Mr. Ferguson needs to stop the false claims that large-scale, single-crop farming is helping to address world hunger, when the impact of these industries on small farmers is actually increasing hunger.”
The report argues that TIAA’s investment practices fail to live up to even its own weak principles. TIAA’s accumulation of farmland in Washington County, Mississippi came under scrutiny by The Atlantic last year, which reported that the firm “has accumulated a portfolio in the Delta almost equal to the remaining holdings of the African Americans who have lived on and shaped this land for centuries.” TIAA’s land holdings in the Brazilian Cerrado, one of the world’s most fragile ecosystems, have come under scrutiny for using complex financial structures to circumvent Brazilian laws intended to prevent land concentration by foreign interests. As recently as this year, the firm’s Brazilian landholdings have been linked to fires, land conflict and legacy deforestation.
Even on the micro scale, TIAA’s farmland sustainability standards reveal critical shortcomings. For example, a 2019 report revealed that TIAA’s indicator on the soil health of its properties is based on whether soil testing occurs on a regular basis, not on the actual results of the tests — leaving the standard bereft of any actual measure of soil quality.
This white paper details a legacy of intentional disregard for the wellbeing of people and planet under Ferguson’s tenure at TIAA. Friends of the Earth U.S. and ActionAid USA are joined by policy analysts, progressives and climate justice advocates in opposing his candidacy for Secretary of the Treasury under President-elect Biden.
The report, TIAA’s Accumulation of Farmland is Not Responsible, is available for download from ActionAid USA and Friends of the Earth US.