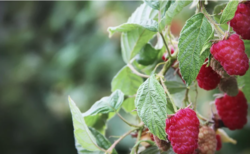 
$300 million farm bid to bring Macquarie and Costa Group closer
By Darren Gray
Macquarie Group's $300 million takeover bid for a real estate investment trust, which owns vast farms across Australia, could pave the way for more farming deals involving the investment banking powerhouse and the fresh food giant Costa Group.
ASX-listed Vitalharvest, the target of the bid lobbed by Macquarie Infrastructure and Real Assets (MIRA) fund, owns thousands of hectares of citrus orchards and berry farms that are leased to the $1.5 billion agribusiness Costa under long term deals. MIRA is a part of Macquarie Asset Management, which is a part of Macquarie Group.
Costa, which is enjoying strong seasonal conditions and high demand for its produce, already has a strong relationship with MIRA, from which it leases a series of avocado farms in Queensland.
The Vitalharvest deal could potentially lead to more agricultural tie-ups between Costa and Macquarie, with the Macquarie fund expanding its agricultural investments strongly over the past decade and Costa showing a willingness to expand its operations.
The deal comes as the Australian agriculture sector continues to bounce back from severe drought and Macquarie Group boss Shemara Wikramanayake flagging last week that the $49 billion investment bank was on the hunt for potential acquisitions.
Macquarie ready to pounce on cheap assets if markets turn
Relationship between Costa and Vitalharvests' previous managers, goFARM, have been strained in recent years, with Costa unhappy about "legacy" rent agreements under which the rent that it paid was partly dependent upon the profit generated by its operations at the properties.
Costa, which leases seven farms from Vitalharvest, has welcome MIRA's interest.
"Costa supports any outcome that provides ongoing certainty in relation to the farms Costa leases from Vitalharvest and would be comfortable in the event that MIRA's bid was successful," Costa said.
Under the MIRA proposal, Vitalharvest unitholders would be paid $1 for every unit they own, with the transaction valuing the business at $300 million.
If that proposal does not secure the required majority backing of unitholders, the Macquarie fund said it would seek to buy all of Vitalharvest's assets for $300 million. MIRA said the proposals had received Foreign Investment Review Board approval.
"MIRA strongly believes the all-cash transaction is highly compelling and in the best interests of Vitalharvest unitholders," it said in a statement.
It added that the $1 per unit offer represented a 27.4 per cent premium to Vitalharvest’s closing price on Friday and a value greater than 21 times Vitalharvest's 2019-20 financial year distribution.
Vitalharvest shares debuted on the ASX in August 2018 at $1 and have been put in trading halt.
Costa Group profit mushrooms on higher demand and better conditions
Costa's stock price is up nearly 40 per cent from the depths it plumbed last year as it battled severe drought, smaller harvests and tapped investors for almost $200 million to pay down debt.
Vitalharvest's citrus orchards in South Australia and large-scale berry farms in NSW and Tasmania are considered high quality, productive properties with good access to water and a strong tenant in Costa Group. The Macquarie fund already owns a substantial diversified farming portfolio.