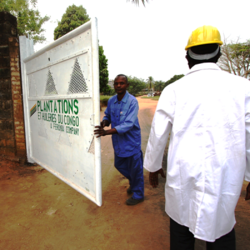 European MPs issue an interparliamentary statement on the “Finance in common summit”, calling on public development banks to stop "harmful investments", such as those in the oil palm plantation company Feronia in the DR Congo.
10 November 2020


Public Development Banks need to change to really contribute to inclusive and sustainable development
Interparliamentary statement on the “Finance in common summit” in Paris, November 11th-12th
Berlin, Brussels, The Hague; November 10th, 2020
Public Development Banks can potentially play an important role in fostering sustainable and inclusive development in the Global South, by working on the energy transition and creating decent jobs. To achieve that goal, however, the various Development Finance Institutions (DFIs) need to rapidly change the way they operate. As Members of Parliament of various countries that have public ownership stakes in such institutions, we want to express our concern about the way these institutions have been transforming development policy around the globe. The financing of private investment has become a goal in itself, whereby the interests of private capital have been put left, right and centre, while the interests of the people on the ground, of the communities affected, have taken a backseat.  Private sector development has its role to play in achieving the SDGs, but only when it is an instrument for eradicating poverty, overcoming inequality and supporting sustainable and inclusive transformation processes.
We are seven Members of parliament form three different countries and seven different parties. Over the last years, we have critically engaged with our respective DFIs – BIO (Belgium), KfW/DEG (Germany), FMO (The Netherlands). DFIs work independently. Nevertheless, they share a common vision, have a similar institutional setting and follow similar investment strategies. In many cases, they even invest in a specific company or project together.
We have identified at least four common challenges connected to individual investments as well as underlying investment policies of DFIs. These are:
A case in point for many of these problems is the Feronia-investment. Feronia is a palm oil producer in the Democratic Republic of Congo that has received money from CDC, FMO, BIO and DEG. Feronia has a very difficult colonial legacy that includes unresolved land conflicts and a very authoritarian behaviour of the management towards the local population. DFIs promised that their engagement would lead to more jobs, better wages and a flourishing company. None of these goals have been achieved. To the contrary: Although DFIs have invested more than 200 million Euros, Feronia declared bankruptcy a few months ago. Working conditions remain very poor. Many people still work on a daily basis and do not even receive the minimum wage. Conflicts between the company and the local population have escalated several times within the last years, up to the point of violent encounters leaving three people dead and many more arrested.
DFI must stop these harmful investments. Instead of gathering in Paris to discuss how they can help to overcome the Covid-19 crisis, we think it would be more appropriate for DFIs to reflect critically on their current work. Instead of just convening with like-minded partners, they should establish a dialogue with development agencies, members of civil society and especially the people affected by their investments.
At the same time, parliaments and governments have to formulate clear rules that guide the work of DFIs. We call for a strong public accountability, a strong developmental mandate, more rights for affected people and communities and a clear commitment to environmental and climate issues.
Only in doing so is there a chance that these development financial institutions will finally become reliable partners for a development agenda that puts transparency, participation of local communities and sustainability centre stage.
-
Eva-Maria Schreiber
Chairperson of the Left parliamentary group in the Committee for Economic Cooperation and Development, Germany
Tom van den Nieuwenhuijzen
Spokesperson on Foreign Trade and Development, GreenLeft parliamentary group, the Netherlands
Malik Ben Achour
Member of the Committee on Foreign Affairs and Development Cooperation, Socialist parliamentary group (PS), Belgium
Vicky Reynaert
Member of the Committee on Foreign Affairs and Development Cooperation, Socialist parliamentary group (sp.a), Belgium
Séverine de Laveleye
Member of the Parliamentary group Ecolo-Groen, Belgium
Uwe Kekeritz
Deputy Chairman of the Committee on Economic Cooperation and Development and Spokesman on Development Policy, Alliance 90 / The Greens parliamentary group, Germany
Mahir Alkaya
Spokesperson on Foreign Trade, Socialist parliamentary group, the Netherlands