From agrarian reform to people’s rights to territories: a brief history of people’s struggles for natural resources 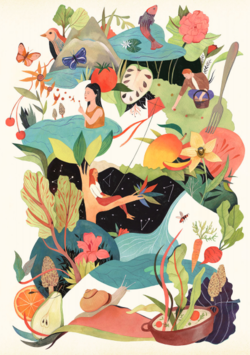 
From agrarian reform to people’s rights to territories: a brief history of people’s struggles for natural resources

The struggle for land has been a pillar of the food sovereignty movement since its emergence in the 1990s. At that time, peasant and landless organizations in different regions of the world were mobilizing against extreme land concentration and large farms (sometimes called latifundios), which had often been inherited from colonial times.(1)

In 1999, La Via Campesina launched a Global Campaign for Agrarian Reform (GCAR) to push for human rights-based land distribution policies, and to oppose approaches that promoted markets as the best way of allocating land to the most “efficient” users and profitable uses. Rural movements’ demands for comprehensive agrarian reform also gained traction internationally, culminating in the final declaration of the International Conference on Agrarian Reform and Rural Development (ICARRD) in 2006. (2)
Towards the end of the 2000s, two important developments changed the framing of land struggles. Firstly, the food sovereignty movement gathered for the World Forum for Food Sovereignty in Sélingué (Mali). Different constituencies of small-scale food producers, such as indigenous peoples, pastoralists and artisanal fishers participated in this landmark meeting. These organizations had different histories and concerns than some of the peasant organizations and did not necessarily center their demands on agrarian reform. The notion of “territories” emerged out of the debate as a more holistic framing, capturing the close and multi-faceted relationship
that different communities and people have with their natural environment, including farmland, water, fisheries, rangelands and forests.

Secondly, the food price and financial crises thatstarted in 2008 triggered a new wave of land grabbing, which also targeted regions that had not seen high levels of land concentration unti  then (e.g. West Africa). The new land rush sparked fierce resistance of communities and small-scale food producers’ organizations in defense of their territories, including their collective and customary tenure systems. In 2011, organizations from around the world gathered again in Sélingué for an International Peasant Conference to Stop Land Grabbing.

This marked an important moment for the building of a global movement against land grabbing, which built on demands for agrarian reform but also recognized more strongly the demands of movements and constituencies who were not comfortable with agrarian reform language. In 2016, social movements and their allies came together for an International Conference on Agrarian Reform in Marabá, Brazil, where they endorsed the concept of Popular Agrarian Reform, which was initially developed by La Via Campesina Brazil and which embeds demands for land distribution within broader policies to transform economies and society, specifically including urban working people. (3)
The global land grab put land back prominently on the international agenda. Among others, it gave further impetus to the Food and Agriculture Organization of the United Nations (FAO)’s initiative to develop an international reference document on the governance of natural resources. The small-scale food producers’ organizations gathered in the International Planning Committee for Food Sovereignty (IPC) led the participation of civil society in the negotiations that took place in the Committee on World Food Security (CFS). The Guidelines on the Responsible Governance of Land, Fisheries and Forests (Tenure Guidelines) were adopted in 2012. Building on the ICARRD, they clarify states’ obligations to respect, protect and guarantee all legitimate tenure rights – whether they are legally recognized or not –, prioritizing the most marginalized groups. They contain provisions for the protection of customary tenure systems as well as for restitution and redistribution. (4)

The Tenure Guidelines were complemented in 2014 by the Guidelines for Securing Sustainable Small-scale Fisheries, which also emphasize the collective character of many communities’ rights. (5)
These international guidelines have provided an opportunity for social organizations to advance their struggles at local, national and regional levels. They have achieved important advances in several countries and have further pushed for an explicit international recognition of the human right to land for rural people. This was finally achieved with the adoption of the UN Declaration on the Rights of Peasants and Other People Working in Rural Areas in 2018,(6) which complements the UN Declaration on the
Rights of Indigenous Peoples and the International Labour Organization’s Convention no. 169. However, the Tenure Guidelines were also taken up by actors who consider land and related natural resources primarily as a globalized economic and financial asset. In such a framing, “secure land rights” or “security of tenure” means providing exclusive property rights, usually in the form of individual land titles. The International Land Coalition (ILC) is one of the most emblematic manifestations of an approach, which considers land-related “investment” projects as necessary, while acknowledging that negative impacts on local people need to be mitigated. It is under such a framing that land has been included into the 2030 Sustainable Development Agenda and the Sustainable Development Goals (SDGs).


1 - In many countries, organizing against land concentration and demanding land redistribution has been part of social struggles for most of the second half of the 20th century. For instance, many revolutionary movements in Asia, including after decolonization, had land at their center.
2 - Available here: www.fao.org/3/a-j8160e.pdf.
3 - The final Declaration of this Conference is available here: https://viacampesina.org/en/international-conference-ofagrarian-reform-declaration-of-maraba1/
4 - The Tenure Guidelines are available here: www.fao.org/3/ i2801e/i2801e.pdf. The IPC’s Land and Territory Working Group has developed a People’s Manual to help grassroots organizations to use this international instrument: www.foodsovereignty.org/wp-content/uploads/2016/06/peoplesmanual.pdf.
5 - Available at www.fao.org/3/a-i4356en.pdf.
6 - Available at https://undocs.org/en/A/RES/73/165, see in particular articles 5 and 17.