Who pays the price of King Leopold’s Bugatti? 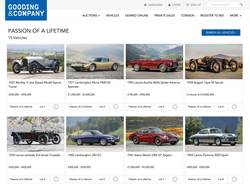 Who pays the price of King Leopold’s Bugatti?
By Frederic Mousseau


The removal and toppling of King Leopold’s statues in Belgium over the summer amidst protests against racism and colonial legacy was a powerful symbol. Despite this much needed dismantling of the colonial past, not a drop of shame has splashed onto the European millionaires who continue to profiteer over a century later, from Leopold’s brutal but highly profitable colonial exploitation of Africa.
On September 5, 2020, a private collection of some of the world’s fanciest cars, belonging to Hubert Fabri, a Belgian millionaire, will be auctioned at a sale at the Hampton Court Palace in London. Organized by the California-based Gooding & Company, the auction is expected to break all records for car sales with a total expected return of USD 60 million for 15 cars.
A major part of Fabri’s fortune is from his role as the chairman and main shareholder of SOCFIN—Société Financiere des Caoutchoucs—an agribusiness corporation that operates palm oil and rubber plantations in Asia and Africa. The other major shareholder of SOCFIN is Vincent Bolloré, the powerful French corporate titan. For years SOCFIN has been accused of being responsible for land grabbing, widespread human rights violations, as well as initiating aggressive legal action in African and European courts against any media outlet, NGO, and local communities reporting on its wrongdoings.
“Potential buyers beware: part of Fabri’s fortune originates from the same infamous brutality imposed by King Leopold on the people of what is now the Democratic Republic of Congo (DRC).”
Repeatedly, after losing their lands to the company, local communities in Africa and Asia have been subject to violence, intimidation and distress as a result of the palm oil and rubber exploitation. Most recently, on May 20 2020, the Ijaw-Gbene village in Okomu Kingdom, Edo State, Nigeria, was burnt down by security staff of SOCFIN’s subsidiary, Okomu Oil Palm Plantation Plc., along with members of the Nigerian army. In Sierra Leone, land rights defenders critical of the company have been subjected to arrests and judicial harassment for the past eight years. In Liberia, 22 Indigenous villagers filed a complaint in May 2019 against another SOCFIN subsidiary, the Salala Rubber Corporation, for illegal land grabs, sexual violence, and intimidation of human rights defenders. In Cameroon, the security company hired by Socapalm was also accused of violence towards locals. In Cambodia, the Bunong Indigenous communities are suing the company in a French court for the loss of land and livelihoods it has inflicted to them as a result of its plantations.
The list goes on.
Whereas local communities are subject to abuses reminiscent of colonial times, no benefits have accrued to them from SOCFIN’s enterprises. The company, however, year after year has made substantial profits out of its plantations. In 2019, SOCFIN distributed 30 million Euros to its shareholders and directors, out of a net profit of 47 million Euros.
Among the cars sold by Fabri at the #PassionofaLifetime auction is the famous ‘King Leopold Bugatti,’ that belonged to King Leopold III previously, which Gooding estimates “in excess of £10 million ($13 million)” in value. Potential buyers beware: part of Fabri’s fortune originates from the same infamous brutality imposed by King Leopold on the people of what is now the Democratic Republic of Congo (DRC). Actually, Brabanta, the SOCFIN subsidiary operating in DRC, runs a palm oil operation in a concession that was awarded in 1911 by King Leopold himself.
In 2018, Hubert Fabri was found guilty in a Belgian court of setting up corruption schemes to ensure the favor of African public authorities. He is now expecting to make a fortune by selling his fancy cars to other millionaires after acquiring wealth via the blood and sweat of some of the poorest people on earth.
The colonial statues may be down, but now is the time for a more tangible move to address systemic causes of continued racism. We must take down the colonial legacy that allows wealthy Europeans to continue the exploitation, pillaging and profiteering from rich land and natural resources that belong to Africans.
Original source: Oakland Institute
TWITTER
FACEBOOK
WHATSAPP
PRINT
E-MAIL
TWITTER
FACEBOOK
WHATSAPP
E-MAIL