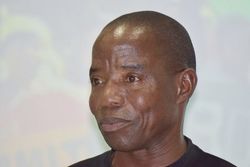 Tokyo, Aug. 3 --A farmer in Mozambique on Monday pointed to issues related to a Japan-led project to support agriculture in the southern African country that ended last month.

The ProSavana project was wrong because parties involved tried to implement it without hearing the voices of small farmers, said Costa Estevao, leader of a farmers' group in the northern Mozambique province of Nampula.

He made the remarks while joining online a press conference held in Tokyo by groups, including the Japan International Volunteer Center, or JVC, following the end of the project. The JVC and Estevao's group had raised questions about the decade-long project, implemented through cooperation between Japan and Brazil.

ProSavana was devised on the basis of a project to turn a central area in Brazil into rich farmland for soybeans and other produce for exports. But a Brazilian nongovernmental organization had criticized the project, saying that Brazilian companies participating in the project were trying to kick out small Mozambican farmers.

Estevao called for a review of the project, at the Seventh Tokyo International Conference on African Development, or TICAD 7, held in Yokohama, south of Tokyo, in August last year.