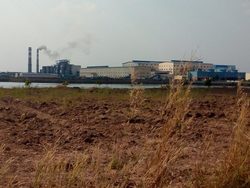 Chinese company Hengfu Group Sugar Industry, was reported to be leasing land in its concession area to communities in Preah Vihear province while its subsidiaries have indefinitely halted their operations. Both activities are violations of its contract with the Cambodian government.

The groups made this statement after the fifth meeting of the China-Cambodia Inter-government Coordination Committee,which was held last June 16, 2020.

“Cambodian farmers and Indigenous Peoples are already suffering from the consequences of the two countries’ strategic partnership, which only works in favor of China.We stand with these communities. They have to contend with the continuing abuses of Chinese investors while looking for ways to cope with the impacts of the coronavirus pandemic,” said PCFS.

“The scale of China’s outward investment in global farmland is clearly significant and is having an impact on local farmers across the world.  We identified 61 deals of large-scale overseas land acquisitions by Chinese companies for food production covering over 3.3 million hectares that have been concluded or are in process including in Cambodia,” added GRAIN.

Since the inking of the strategic partnership, China has become Cambodia’s top foreign investor in recent years according to government data. Chinese companies collectively have received over 280,000 hectares of economic land concessions (ELC) in Cambodia.

The groups cited the case of Chinese company Hengfu Group Sugar Industry, which was reported to be leasing land in its concession area to communities in Preah Vihear province while its subsidiaries have indefinitely halted their operations. Both activities are violations of its contract with the Cambodian government.

“Hengfu is employing illegal schemes to keep its control over the disputed land while it cannot carry on with its regular operations. It is taking advantage of the pandemic by collecting rent from villagers who only want to secure their food and livelihood amid pandemic,” said PKH, which has been supporting these communities throughout these years.

In 2011, the Cambodian government granted Hengfu’s subsidiaries – Lan Feng, Rui Feng, HengNong, Heng Rui, and Heng You – ELCs covering about 40,000 hectares of land in Preah Vihear province. The investment reportedly amounted to USD 360 million and the government claimed that a sugar factory built by the company as part of this investment was the largest in Asia. Hengfu started its operations in 2012.

The Khmer and Indigenous Kuy communities in Preah Vihear have resisted Hengfu’s operations for almost a decade now, and the groups credit this resistance for the sudden end of the company’s operations in March 2019. But they pointed out that Hengfu’s ELCs are still in effect, which allows it to harass these communities through the filing of trumped-up criminal charges.

PKH shared that Hengfu recently revived a pending case it filed in 2014. At the time, villagers had to confiscate the bulldozers sent out by the company to stop the arbitrary clearing of their lands. The Preah Vihear Provincial Court acquitted eight community members and two of their staff of “illegal confinement and detention” last February, but another eight community members are still awaiting decision on the same accusation. The ruling is set to be released on July 8, 2020.

The groups are also concerned that the company can always file another charge or revive any of its previous charges in an attempt to pacify the communities’ opposition.

PKH mentioned that government officials and police have taken advantage of Hengfu’s closure by occupying parts of the disputed land. They have threatened returning communities who previously resided in these areas.

The World Bank recently released a report that said Cambodia’s poverty rate will increase and around two million jobs are at risk due to the COVID-19 pandemic. To address this, the Ministry of Economy said that it “will find any possibility to see if we can inject more cash” into the economy.

It was in this context that PCFS, GRAIN, and PKH are sounding the alarm on the “stronger” China-Cambodia partnership declaration. The groups said more cases like Hengfu’s will proliferate, and that it signals immunity from accountability for abusive Chinese investors.

“Cambodia should terminate these Chinese concessions and all other ELCs and review its ties with China if the government is sincere in saving its economy,” said the groups. They urged reforms that would prioritize and empower the country’s farmers and Indigenous Peoples in developing their lands instead of awarding them to foreign companies.

“Taking these actions is recognizing the inalienable right of the rural peoples to food and to produce food, which is ever more important amid the many economic uncertainties brought to us by the coronavirus pandemic,” PCFS said.

“We reiterate the demand of affected communities in Preah Vihear to revoke the ELCs granted to Hengfu and its subsidiaries in Cambodia. The countless human rights violations it committed in the past ten years and its blatant breach of contract are more than enough reasons to warrant its banishment from the country,” the coalition said.

“Instead of food security or investment, these land grabbers have produced misery and conflict among the villagers. Together with the Kuy communities and everyone who supports them to protect their farms and forest, it is important to affirm the only solution: stop these deals and give the land back to the people,” said GRAIN.

PKH said the government must uphold the rights of its people and protect rural communities against the transgressions of these Chinese companies operating in Cambodia. “State efforts should focus on uplifting rural communities from their poor living conditions instead of being complicit to the profiteering of foreign and corporate interests,” PKH added.

Furthermore, the groups urged the government of Cambodia to return the disputed land in Preah Vihear to the Khmer and Indigenous Kuy communities. “This would prevent other parties who might take the place of Hengfu in grabbing these lands, which is already taking place,” PKH said.

PCFS, GRAIN, and PKH expressed their solidarity with the Khmer communities and Indigenous Kuy people who continue to assert their legitimate land rights even amid the global health crisis. They will be relaunching the petition they launched in 2018 in support of the campaign against Hengfu’s landgrabbing. ###