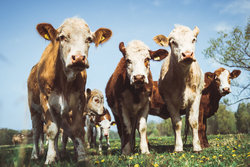 by Florence Chong
London-based Stafford Capital Partners has raised A$20m (€12m) from three European pension funds towards its soon-to-be-launched follow-up to its Australian farmland fund.
The Stafford Australian Agricultural Real Estate Fund (SAAF II) will be launched in September. It aims to raise up to A$150m when it closes at the end of the year.
Stafford closed its first fund in December 2018 and deployed the A$33m capital raised in little over 12 months.
James Allen, investment manager at Stafford Agriculture and Food, told IPE Real Assets the European investors supported the fund due to its low-risk approach, consistent cash yields and high level of diversification.
“We have a pipeline of around A$250m of potential acquisitions in Australia. Our local partners have identified these assets, which we expect would have a cash lease yield of around 4.7%,” he said.
SAAF II has an eight-year term, with an option to extend for two more years.
Farms owned by SAAF II will be leased to farmers who would be required to provide bank guarantees for six-months rent.
Based on the performance of the predecessor SAAF I fund, Stafford expects an internal rate of return 9%-10% from SAAF II.
Allen said Australian agriculture land was attractive and it currently outperformed the US, which until recently had better risk-adjusted returns.
Nevertheless, Stafford would next look to develop an entry point into the US farmland market. “That is the next stage of our development,” he said.
Aside from its farmland investments, Stafford Capital holds over US$200m (€177m) of timberland in Australia as part of its US$2.6bn global timberland portfolio.