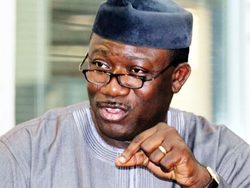 
Fayemi attracts $50m investment to boost agric sector
by Victor Ogunje in Ado Ekiti
The giant strides taken by the Ekiti State Government to revamp the agriculture sector has started yielding results, as the state Governor, Kayode Fayemi, has attracted investment worth $50 million to increase production and create employment in the sector.
The state recently issued a Certificate of Occupancy to Stallion Group for a $10 million rice mill in Ado-Ekiti, the state capital, while Dangote Group is also finalising plans to locate a $5 million mill within the same location, which is now being seen as the rice processing hub of the state.
In a statement issued yesterday by the Special Adviser to the Governor on Investment, Trade and Innovations, Mr. Akintunde Oyebode, the investments attracted to Ekiti State are early results of the government’s focus on building an enabling environment for business to thrive.
According to him, in the cassava value chain, FMS Farms is finalising plans to set up a $10 million starch processing plant and farm in Ikole council area, and has already commenced farming activities.
He added that another agro-based firm, Promise Point, has also invested $15 million in its starch processing facility within the same area, which has also been designated as part of the Special Agro-Industrial Processing Zone.
This, he said, was coming after the $5 million investment by Promasidor to renovate and operate the moribund Ikun Dairy Farm, and another $5 million investment by JMK Foods to build a rice mill in the state.
Oyebode said many of these investors only have to deal with the Ekiti State Development and Investment Promotion Agency (EKDIPA) to process their land titles and other requests.
“By being responsive to their needs, and carrying out constant aftercare services even when they’re fully established, we are showing other investors that Ekiti State is the place to be,” he added.
He stated that the state is developing two special economic zones for agro-industrial activities and the knowledge economy, adding: “Apart from those investors who have already chosen Ekiti State as a location to do business, we are seeing a lot of interests in the state.
“The recent reduction in Right of Way charges for telecommunication infrastructure was done to complement the planned Knowledge Zone, and to demonstrate a commitment to the digital economy.
“The Knowledge Zone will be anchored around talent produced by universities in the state and its neighbouring states; a well-planned mini city with residential housing and offices, and reliable infrastructure, especially power and broadband.
“The zone, when completed, would be Nigeria’s first service-based economic zone, attracting services like business process outsourcing, back office operations, data labelling, software development/engineering and startups focused on critical sectors like healthcare, education, agriculture and consumer markets.