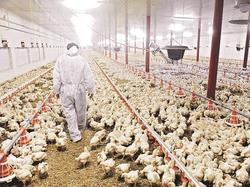 by Bob Koigi
Suguna Poultry Kenya, subsidiary of India’s multinational Suguna Foods is seeking $8.4million to invest in the construction of feed mills, breeders and hatcheries with an already proposed partial financing from The International Finance Corporation (IFC) of $4million.
Suguna Foods, headquartered in Coimbatore, India, is involved in broiler farming, hatcheries, feed mills, processing plants and vaccines manufacturing for poultry.
Being the largest poultry company in India they also market and export broiler chicken, frozen chicken and chicken eggs.
Suguna Poultry Kenya started operations in 2017. It has a breeding operation in Kajiado and runs a feed mill in Thika, Kiambu. The company sells its feed and chick products across the country.
The $4 million loan is a chunk of a $67.2 million investment that the IFC is set to inject into the parent company for expansion of its poultry infrastructures in India, Bangladesh and Kenya.
IFC, in its investment disclosures, said, “IFC is able to provide the group with global industry knowledge in poultry, food processing and agribusiness and help to facilitate the exchange of ideas with other IFC clients, thus enhancing Suguna’s overall operational know-how and knowledge of the latest technological advances.”
The IFC noted that the investment is expected to bring several benefits in line with its social impact investing goals.
“The most significant, expected project-level outcome is the impact on the incomes of poultry farmers who participate in Suguna’s out grower (contract farming) model or use the group’s inputs for independent poultry production,” it said.
Suguna’s expansion is set to increase competition for established and new players including Unga Group and Car & General.
The poultry industry in Kenya has registered considerable growth in the recent past across all major fronts.
The value of poultry and eggs produced in the country jumped 13 percent to Sh12 billion (US$116.7m) in 2018 compared to Sh10.6 billion (US$103M) the year before, according to official statistics.
At the same time, Kenya has also increased poultry meat production from approximately 25,00 tons in 2007 to about 100, 000 tons by 2017, according to data from Rabobank
In 2018, the value of poultry feed, however, dropped to Sh5.1 billion ($49.6m) from Sh6.1 billion ($59.3m) the year before.
The country’s poultry is also set to benefit from a salmonella phage study that is being jointly conducted by ILRI and Canada’s Laval University to investigate bacteriophage solutions to kill salmonella isolated from Kenyan farms.
According to a WATTAgNet report, the four-year project, which started last year, has received $2.2 million in funding from Canada’s International Research Centre and the UK’S Global AMR Innovation Fund.
www.ifc.org