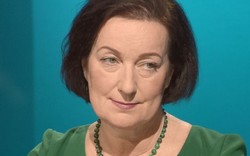 Victims of an alleged 2007 land investment fraud scheme in Romania say they are going to the Office of the Prosecutor General with the case following the Police and Border Guard Board's (PPA) decision not to launch a criminal investigation. The investment scheme was offered to Estonian investors by Swedbank, who now say that since the scheme has now expired, there is no documentation left to offer investors, who have to take the bank at its word, Baltic News Service reports.
The scheme allegedly gave the impression that initial losses were the result of the boom-bust cycle, a phenomenon which the PPA reportedly based its decision not to pursue an investigation on, whereas it later became clear that the land scheme, which saw over €7 million in investments for over 40 hectares of land, was in fact a junk bond scheme, BNS reports. The alleged fraud saw the purchased land being sold at around 167 times the average price per hectare of land in Romania at the time.
Swedbank has reportedly failed to publish an adequate overview of the scheme in any of its annual reports since 2007.
Lawyer Maria Mägi-Rohtmets, representing the investors, said investors, including Swedbank AS's own customers, disagree with a line that the alleged investment fraud scheme, which has now expired, should have the effect of providing cover for a larger and longer-term crime scheme.
"Such a situation leaves victims unprotected and has a devastating effect on the Estonian legal environment," Mägi-Rohtmets said Thursday, according to BNS, following the PPA decision not to pursue criminal proceedigs.
"Investors do not understand the view expressed by the PPA that investing in securities can incur losses immediately upon making the investment, regardless of the fact that investing in bonds is essentially like a loan agreement. Whether a given loan incurs a loss cannot be assessed in the middle of the loan agreement, but only when the loan has to be actually repaid," Mägi-Rohtmets said.
Facts of the case:
Lawyer: Swedbank sat the scheme out
Maria Magi-Rohtmets emphasized that, from the investors' point of view, all Swedbank AS activities have been aimed at ensuring bondholders calmly wait until their claims expire.
As it is common knowledge the stock and real estate markets fluctuate over the years, it cannot be said that damage has now occurred following the initial fall, and that there is no room for improvement later.
Swedbank has disclosed this to investors when extending the maturities of bonds several times, Mägi-Rohtmets said.
"When the final redemption date arrived and investors no longer agreed to go along with the bond extension, it was only then that they began to realize that, in fact, the cause might not be a recession, as the bank had so far announced. In reality, the bonds had been junk bonds from the beginning, as only 46.3 hectares of worthless land had been purchased for €8.4 million," she said.
"What kind of practice, then, is being shaped in our legal system? The kind where an investment scam committed in the past protects a long-term, or perpetual, fraud?" she added.
Swedbanks says done nothing wrong
The investors said that Swedbank refuses to make its method of analysis public and has continued to claim it has done everything right -- that the land in Romania was bought at market prices and the bond issue was managed in accordance with requirements.
The bank had said in previous court procedures that it cannot present any relevant documentation as this no longer exists.
Investors and courts have effectively had to take bank's representatives at their word, Mägi-Rohtmets said.
"Now, the Office of the Prosecutor General will have to decide whether Swedbank's activity is worthy of investigation or whether it is easier to hide behind expiration dates here, too," Magi-Rohtmets said, noting that the case will be appealed there.
The PPA is generally guided in its investigations by the prosecutor's office in the first place.