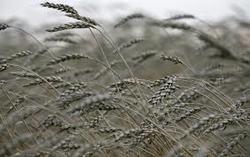 Each of the drafts received fewer than 100 votes with a minimum of 226.

The Verkhovna Rada, Ukraine's parliament, has failed to pass any of the draft resolutions submitted by lawmakers who propose that the parliament's previous decision to adopt the bill on the launch of the farmland market be canceled and its signing be blocked.

Ukraine's parliament gathered for a special meeting on Monday, April 13, to consider this issue along with amendments to the 2020 national budget and other bills.

According to an UNIAN correspondent, each of the 13 submitted resolutions received fewer than 100 votes in favor with the required minimum being 226 votes.

As UNIAN reported earlier, the Verkhovna Rada on March 31 adopted the bill to amend certain legislative acts of Ukraine regulating farmland sale (No. 2178-10), which launches the farmland market in the country from July 1, 2021.

As many as 13 draft resolutions, which, if passed, would block the signing of the bill into law by the Ukrainian president, were tabled in parliament before the special meeting. In addition, a lawsuit was filed with Kyiv's District Administrative Court on April 3 to block the farmland market bill.
Original source: UNIAN
TWITTER
FACEBOOK
WHATSAPP
PRINT
E-MAIL
TWITTER
FACEBOOK
WHATSAPP
E-MAIL