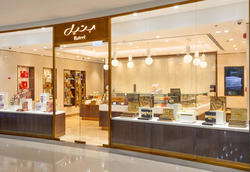 Joint-venture agreements to be signed this year for new date farms in South Africa and Namibia
Saudi-based gourmet date connoisseur Bateel has revealed plans to expand the farming side of the business into the international market.
CEO Dr Ata Atmar told Arabian Business the company is hoping to tie up joint venture deals to operate farms in South Africa and Namibia, with a view to planting later this year.
It will mark the first time the company will farm outside of the region.
Dr Atmar said: “We’ve been looking at it for three or four years to just find the right partners to work with and the right location. I think we’re close to that. Within this year we will be in a position to announce and start planning.”
Currently Bateel is able to harvest 4,000 tonnes of dates every year from six farms in Saudi Arabia, just to the north of the capital Riyadh.
Harvesting takes place once-a-year around October with the dates sold throughout the next 12 months. Dr Atmar said the expansion into Africa will allow for a second harvest and help secure the future of the business.
The company is currently active in 14 countries through its retail outlets and duty free offerings in airports.
“Given that it’s a once-a-year harvesting of this fruit, it’s mitigating our risk,” he said. “When you invest in such a network of marketing around the world, you need to also have some security on the supply side.
“We’ve not had a real, major problem, but I think it makes sense, not only because we will have two seasons, but also because it will diversify supply. That’s important for us.”
At the same time, Dr Atmar said they would also be expanding locally, with plans to develop up to 600 hectares of land in Saudi Arabia.
“For Saudi Arabia we are investing in our farms to grow the business because what we see, in the past three to four years, dates, in the west and the far east, people look at it as a healthy, almost super-food, and you will see a lot of new products in the market that are made with dates rather than normal sugar,” he said.