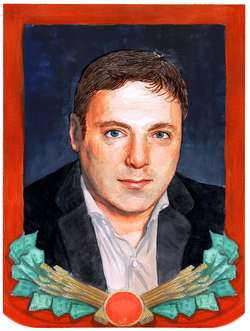 BY JACK DAVIES, LIUBA SEVCIUK ON 4 MARCH 2020
A Mongabay investigation has traced the rise and fall of a billion-dollar commodities cartel in Eastern Europe, finding it relied on money laundering, tax avoidance and state capture.
Over more than six months reporters reviewed hundreds of court filings, corporate and property records, and carried out interviews with those involved to reveal how the deals were done and where the money went.
Despite mounting evidence of impropriety by the group, major development banks continued to fund its projects, lending legitimacy to its operations.
CHISINAU, Moldova — Many men have regretted their friendship with Yuri Drukker.
Born to Jewish parents in what is now Ukraine at the close of the Second World War, Drukker narrowly escaped the Holocaust. He trained as an agricultural engineer before emigrating to the United States in 1988, spending the next 25 years forging a commodities trading empire that spanned the former communist world and in its heyday turned over almost $1 billion annually. By the early 2000s, however, the little-known company Drukker built, the WJ Group, began to tear itself apart — but not before he and his associates secreted away millions of dollars in Miami and New York real estate through a sprawling web of shell companies.
This is the previously untold story of WJ’s rise and that of its rival, Trans-Oil, which critics describe as a monopoly that is exploiting Moldovan smallholders already struggling amid regular environmental shocks prompted by climate change.
Though Drukker has undeniable business acumen, by piecing together his story from hundreds of previously unreported court records, emails, corporate data and interviews with those involved, a Mongabay investigation has found his activities and those of his associates were partly enabled by money laundering, tax avoidance, extortion and the co-option of senior political figures in a bid to capture emerging democracies’ core agricultural markets. What is more, they did it all with the financial backing of some of the world’s leading development banks.
Of the many countries in which WJ operated, its tale played out nowhere more fully than in the former Soviet republic of Moldova, a landlocked nation of 3.5 million people sandwiched between Ukraine and Romania.
But it begins a world away, in Brooklyn.