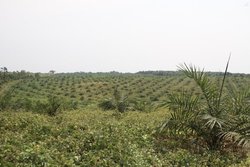 
Call for answers over British government financing of palm oil firm
A group of environmental NGOs, including those representing local communities in the Democratic Republic of Congo (DRC), have written to financier CDC Group PLC (CDC) demanding answers about investments in palm oil company Feronia, which is at the centre of serious allegations of abuse in the DRC. CDC is owned by the UK government’s Department for International Development.
The public law team at law firm Leigh Day, on behalf of the NGOs, has sent a letter asking CDC to confirm and account for its 38 per cent share and recent investment amounting to US $16 million in Feronia Inc and its subsidiaries, which operate three palm oil plantations on 100,000 hectares of land in the North of the DRC.
The letter asks CDC to confirm it is aware of a complaint filed through the Independent Complaints Mechanism of the German, Dutch and French development banks by Congolese environmental and human rights group RIAO-RDC against the financing of Feronia’s DRC based subsidiary Plantations et Huileries du Congo (PHC). The complaint demands the return of ancestral land to nine affected communities, argues that concession contracts acquired by Feronia are invalid, and seeks compensation for those who have been deprived of the use of their land. CDC has been requested to confirm what steps it is taking to investigate the complaint and what involvement it has in the ongoing mediation process with Feronia and its international donors.
The NGOs’ letter also asks CDC to comment on the recent Human Rights Watch report “A Dirty Investment” which reported that CDC, along with three banks, “failed to ensure that the palm oil companies they finance in Congo are respecting the basic rights of the people who live on or near their plantations”.
Human Rights Watch found that a lack of proper oversight has enabled Feronia and its subsidiary PHC to commit abuses and environmental harm that infringed upon health and labour rights. The report states: “These abuses include exposing more than 200 employees to toxic pesticides without adequate protection; not providing employees exposed to hazardous materials with the results of medical examinations; and engaging in abusive employment practices that place many workers under the extreme poverty line. The plantations’ palm oil mills also routinely dump untreated industrial waste and may have already contaminated the only drinking water source of local communities.”
CDC is asked to justify its investment and association with Feronia Inc in light of its obligations under its own Code of Responsible Investing which provides that “CDC believes it should invest in a responsible fashion, considering environmental and social and governance matters”.
Further, the letter from Leigh Day requests a copy of the investigation report which was carried out by CDC after the death of local activist Joel Imbangola Lunea.
Daniel Willis, aid and climate justice campaigner at Global Justice Now, one of the NGO signatories to the letter, said:
“Communities in DRC have a right to justice for Feronia’s actions and CDC’s response to Mr Lunea’s death has been wholly inadequate. Although this is an extreme case, it is reflective of CDC’s opaque and unaccountable business model. CDC must fundamentally reform before it receives any more money from government.”
Anna Dews, solicitor at Leigh Day, said:
“Our clients believe that ensuring British taxpayers' resources are appropriately invested in projects and companies which comply with international law, both environmental and human rights, is paramount. They feel that without such ethical investment, its aims and obligations will be fundamentally undermined. The UK government must not be complicit in human rights abuses abroad.”
A response to the letter has been requested within 14 days.