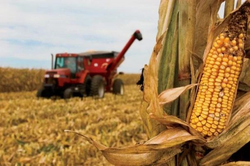 (This is a Google translation. See original.)

As recently announced in a merger decision issued by the Commission for the Protection of Competition, the main competing Arabs are now Agrar Matijevic with about 30,000 ha, MK Group Miodrag Kostic with about 25,000 ha, PKB recently also sold to Arab Al Dahra with about 18,000 ha , Almeh 15,000 ha and Miroslav Miskovic Delta Agrar with about 12,000 hectares.

Elite Agro is 100 percent owned by Yugo Ellite Agro in the Serbian market, which owns Zobnatica from Backa Topola.

AL Rawafed Serbia covers approximately 10,400 hectares mainly cultivating wheat, corn, sunflower and soybeans, of which 2,586 hectares of its own land, and the rest of the land is used on the basis of business cooperation agreements and through a lease agreement .

The Yugo Elite, through Zobnatica, cultivates 1,600 acres of land.