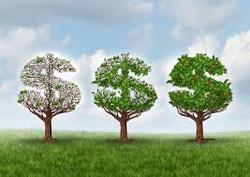 With very low interest rates having taken root across asset classes and investors abiding in their hunt for higher yields, the world’s largest manager of global farmland, Nuveen, says the season may be ripe for a strategic allocation to the $2.3 trillion market for U.S. farm real estate.

For many investors, the rotation into farmland means pivoting away from low-yielding bonds. Earlier this week, the Montreal Gazette reported that Jean-Guy Desjardins, founder and CEO of Fiera Capital and one of Quebec’s largest private investors, has invested $500 million in primarily U.S. farmland, and is expecting to grow the firm’s agricultural holdings substantially over the next 10-15 years, targeting annual returns of at least 8%. Fiera Capital’s farmland holdings add to an alternative investments portfolio including more than $3 billion in global real estate and $2.6 billion in infrastructure.

”If you’re an investor, the last thing you want to be in is some of those fixed-income securities,” Desjardins told the newspaper. “You’re going to get killed. That’s why our high-net-worth clients are basically not invested in traditional fixed income. It’s been replaced by our alternative strategies.”

Major institutional investors have been gathering farm assets for some time. Research from Hancock Agricultural Investment Group, the agricultural investment arm of Manulife, found that the value of assets contributing to the National Council of Real Estate Investment Fiduciaries (NCREIF) Farmland Index swelled from $191 million in 1991 to $10.5 billion as of 2019.

Nuveen, among the top 20 global asset managers with $970 billion in assets under management, is also the world’s largest manager of global farmland, directly owning more than 500 properties in seven countries. Through its Westchester subsidiary, the firm invests in row crops, primarily grain and oilseeds, and permanent crops—labor-intensive, long-life crops without associated futures contracts, such as wine grapes, avocados and nuts—in locations with comparative production advantages.

Earlier this fall, the company announced the launch of its first open-end farmland fund to invest in properties in the U.S, Australia, Brazil, Chile and Eastern Europe, targeting $2.4 billion in capital commitments.

But while its farm footprint is global, the U.S. remains Nuveen’s largest single-largest country allocation, with $4.2 billion invested across row and permanent cropland nationwide.

A Nuveen study of portfolio returns from 1992-2017 found that a 100% traditional portfolio of stocks and bonds delivered an average annual total return of 5.9% during the period. Adding an allocation of just farmland to the model portfolio during the same time frame grew the return to 8.3%.

The primary driver of these impressive returns? It’s not crop prices. Citing figures from the U.S. Agricultural Department’s Economic Research Service and the Illinois Farm Bureau, Davies says 45% of the increase in farmland returns over the last 14 years has come from gains in farm productivity—driven chiefly by developments in technology.

Accordingly, entrepreneurial farmers have found it more profitable to plow money back into precision technologies (more of which are expected to emerge in the 5G era) that improve crop yields, renting the land underneath from the Nuveens of the world.

Moreover, the sector has delivered these returns with a comparatively low amount of leverage, with a sector-wide debt ratio at 13% (compared to an average 67% for all publicly traded companies as studied by Farm Foundation, using 2017 data). Within this sector, the aggregate debt level for farm real estate has been especially low, with real estate accounting for 56% of total sector debt even as it represents more than 80% of total assets.

Farm products are widely regarded as portfolio diversifiers due to their low correlation to traditional assets, and the soil beneath is no different. From 1970-2017, farmland prices had a 27% negative correlation (—0.27) to the S&P 500, and a slight, 4% positive correlation to 10-year Treasury bond yields. Its strongest price relationship was a 66% correlation to the consumer price index (CPI), making it an effective inflation hedge.

And Davies argues that while crop risks are ever-present—weather risk, crop disease, government regulation and commodity price volatility—it is still possible to mitigate some of these risks through diversification. Factors such as balance of crop types, country exposure, the proportion of row to permanent crops, and water source can all be recalibrated at the portfolio level, measures he says are fundamental to achieving consistent returns.

While Nuveen is the largest global player in farmland by a wide margin, other major institutions have large landholdings as well.

Fully $80.3 billion of PGIM’s institutional real assets portfolio is allocated to agriculture, real estate and infrastructure. UBS has been an active “buy-and-lease” investor in U.S. farmland for more than 25 years. Hancock Agricultural Investment Group (HAIG), manages $3.1 billion in farmland assets across 382,000 acres in the U.S, Canada and Australia. These figures don’t include the sizable farmland holdings of  global pension funds.

In October, Goldcrest Farm Trust, a privately held REIT that invests exclusively in U.S. farmland and currently holds 70,000 acres across the United States, announced that it had successfully raised more than $300 million from institutional investors for the launch of a second farmland fund (their first vehicle, launched in 2015, has more than $600 million in long-term assets under management).