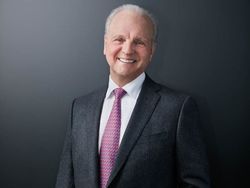 Jean-Guy Desjardins, Fiera Capital founder and chief executive officer: “We believe the alternative segment will be the backbone of our company.”
Montreal Gazette | 29 October 2019

by FRÉDÉRIC TOMESCO
Jean-Guy Desjardins, Fiera Capital founder and chief executive officer: “We believe the alternative segment will be the backbone of our company.”
One of Quebec’s largest private investors thinks he has found the perfect investment vehicles to make up for sagging bond returns: milk, almonds and maple syrup.
Jean-Guy Desjardins, Fiera Capital founder and chief executive officer, predicts significant growth in the firm’s agricultural holdings during the next 10 to 15 years after the investments outperformed traditional fixed-income assets in recent years. Through its Fiera Comox arm, the Montreal-based asset manager now has about $500 million invested in farmland.
In New Zealand, Fiera Comox holds a controlling stake in a milk farm with 17,000 cows. It also owns meat farms in Australia, California’s largest almond farm and Vermont’s Sweet Tree Holdings, one of the biggest maple syrup producers in the U.S.
“These are all huge operations,” Desjardins told the Montreal Gazette in an interview. “We control these businesses, but we don’t operate them. These are long-term investments.”
Quebec is not on Fiera’s radar, in part because of the firm’s desire to diversify geographically. Farms here also are smaller than those in countries such as the U.S., which makes them less attractive, Desjardins said.
“We’re in the business of buying large-scale operating farms, but there are no large farms in Quebec,” Desjardins said. “We are certainly not in the business of aggregating farms.”
Agriculture is one of several “alternative” investment strategies that Fiera — which oversaw about $166 billion as of last month — is betting on to bolster future returns. It also has more than $3 billion of real estate, $2.6 billion in infrastructure investments like hydroelectric plants as well as credit funds that include such assets as loans for construction projects.
“If you look at what’s coming next, I think our fastest growth will be in agriculture because the asset base is small,” Desjardins said. “It’s not a broadly recognized strategy in the institutional marketplace yet. Once it’s discovered and appreciated, I think there’s a substantial amount of growth coming.”
As ultralow interest rates limit potential returns for fixed income, Fiera investors have committed almost $1 billion for the firm to invest in alternative assets, the CEO said.
“If you’re an investor, the last thing you want to be in is some of those fixed-income securities,” Desjardins said. “You’re going to get killed. That’s why our high-net-worth clients are basically not invested in traditional fixed income. It’s been replaced by our alternative strategies.”
During the next 10 to 15 years, “we believe the alternative segment will be the backbone of our company,” he added.
Desjardins, now 75, started the firm in 2003 after selling his first fund company, TAL Global Asset Management, to Canadian Imperial Bank of Commerce. Initially, Fiera oversaw about $5 billion.
After fees, farmland has the potential to return at least eight per cent annually, according to Desjardins.
Agricultural lands have “very little correlation with traditional asset classes, bonds or stocks,” he said. “It’s a low-volatility asset class. The price of the commodity like milk may go down, but the value of the land offers protection. Just imagine the size of the land that we have in New Zealand to support all these cows.”
On a broader note, the Fiera CEO said he’s unconcerned by the prospect of a global economic downturn — even though signs of a slowdown are starting to emerge. As long as gross domestic product keeps grinding higher, stocks will be more attractive than bonds, he said.
“I don’t buy the recession scenario because the preconditions to other recessions aren’t there,” he said. “We’re adjusting to a lower GDP growth cycle, which gradually will be more inflationary, where stock market returns will be more or less equivalent to profit growth, say four to five per cent. In an environment where the economy grows 1.5 per cent a year, you’re still ahead of fixed income.”