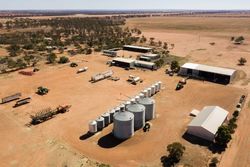 Saudi Arabia seeking investment opportunities in foreign agricultural markets
by Kitila Davies, Research Assistant, Global Food and Water Crises Research Programme
Background
Oil revenue in Saudi Arabia accounts for 90 per cent of export earnings and 42 per cent of total GDP. The oil-based economy has been suffering from steadily declining oil prices, which have forced the government to reduce subsidies on water and fuel. Less than one per cent of land in Saudi Arabia is suitable for farming, and with the country also suffering extreme levels of water stress this situation has made agricultural production costly and inefficient. In the past, subsidies were used to promote domestic agriculture, but increasing water insecurity prompted a complete ban on domestic wheat production in 2016.
In 2019/20 wheat imports are projected to fall. The production ban has been partially rescinded and favourable rains have allowed 500,000 metric tonnes (MT) to be produced domestically. Saudi Arabian wheat imports accounted for 1.7% of global demand in 2018, representing a demand for between 3 to 3.5 MT of wheat annually.
The Saudi Agricultural and Livestock Company (SALIC) was formed in 2011, to secure food sources through foreign investment and mass production. SALIC is seeking opportunities to invest in Russian and Australian wheat production, to further the Saudi economic development agenda, Vision 2030. While the agreements with Russia are still in their early days, the Kingdom recently finalised the purchase of land in the West Australian Wheatbelt, which was one of the largest land transactions in Australian history. Saudi demand for wheat makes the market a significant opportunity for international exporters and recent changes in quality requirements have increased competitiveness in the market.
Comment
The Saudi Arabian Grains Organization (SAGO) was established to monitor and fulfill the requirements for the production of vital food commodities. The organisation operates flour mills and animal feed factories, purchases grain and maintains stock levels. It also implements the government’s agricultural policies. Imports are managed through public tenders that are open to registered international exporters, rather than operating through a grain broker.
The SAGO state grain-buyer has indicated that grain specifications will be relaxed to allow for 0.5% bug damage on imports. Previous regulations excluded imports that did not meet the zero-damage specification then required by SAGO. The size of the Saudi Arabian grain market has meant that this will have considerable implications for international exporters, particularly on the prices of higher-grade wheat, by increasing competitiveness within the market.
Relations between Russia and Saudi Arabia have historically been built on oil negotiations and shared interests in the Organization of Petroleum Exporting Countries. Russian President Vladimir Putin visited Saudi Arabia for the first time in a decade at the beginning of October, to discuss the deepening of trade relations. Traditionally, relations have been less harmonious as Saudi Arabia has generally been more Western-centric in its foreign relations. During the visit, however, twenty multi-million dollar investment contracts and agreements were signed. They covered a wide range of areas including: energy, health, tourism and cultural co-operation. An important goal was enhancing trade relations.
A cornerstone of deepening relations between the two countries is an agreement signed between the Russian Direct Investment Fund and SALIC. The agreement aims to increase collaboration on investment projects in the Russian agricultural sector. Russia is the world’s largest wheat exporter, but its exports are impeded in many markets by not being able to meet quality standards. The recent decision by SAGO to relax grain specifications has opened the Saudi market to imports from the Black Sea region. While lower in quality, these grains are far cheaper and supplies are more reliable than those from some of Saudi Arabia’s current suppliers. Currently, the Kingdom imports most of its wheat from European Union countries, but the new development could see investment in the grain-producing Black Sea region displace those markets.
In April 2019, 200,000 hectares of land in Western Australia’s eastern Wheatbelt was sold to SALIC, following a lengthy assessment from Australia’s Foreign Investment Review Board (FIRB). The deal was one of the largest land transactions in Australian history and the first case of foreign direct investment from Saudi Arabia in the Australian wheat market. SALIC reportedly intends to maintain the productivity of the land by employing locals and building the business. The length and complexity of the assessment by FIRB, however, could deter it from investing in other opportunities in Australia.
High unemployment rates among Saudi Arabian citizens could provide an opportunity for collaborative training and education, possibly involving the Australian agricultural sector. Vision 2030 aims to reduce unemployment among Saudi citizens, which currently stands at a rate of 12.3%. Australian expertise in agricultural production and water efficiency could both improve Saudi production systems through technology transfers and also alleviate unemployment through educational training. This is an important employment opportunity, as the agricultural sector accounts for 3.1% of GDP, while employing approximately ten per cent of the population.
As Saudi Arabia continues to seek investment opportunities in foreign agricultural markets, the opportunity for Australian involvement is still in its early days. Russian competitiveness could divert interest from Australian exports, but this is only due to increased demand for low quality wheat from agricultural feed producers. Consistent interest from Saudi Arabia in direct investment in foreign agriculture will continue and the countries that are willing to collaborate will reap the benefits.