Australia: CPC and Terra Firma bosses buying back the farm 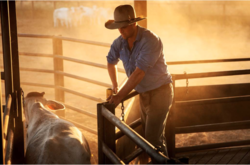 Terra Firma, founded by British multi-millionaire Guy Hands, has owned CPC since 2009 when it paid James Packer and partners about $425m for what was then a 5.6m hectare estate.
Farm Weekly | 15 October 2019

CPC and Terra Firma bosses buying back the farm

After offloading a third of its vast northern property portfolio during an 18-month selling spree, the Consolidated Pastoral Company is to sell the remainder of the big beef business to its own management.
CPC chief executive officer, Troy Setter, and fellow staff members are nailing down a partnership deal with British multi-millionaire, Guy Hands, which will give them ownership of Australia's biggest privately-owned cattle enterprise.
No price details have been confirmed, but today's slimmed-down CPC is estimated to be worth about $600 million.
CPC has capacity to carry 300,000 beef cattle on its nine Australian cattle stations and its two (90 per cent-owned) Indonesian feedlots.
The company is currently owned by the international private equity group, Terra Firma Capital Partners, which was founded by Mr Hands.
CPC will become aligned with his family's private investment interests when its split from Terra Firma is finalised in the new year.
I look forward to continuing to work with the Hands family, our team and our local communities to build on the great business we have
- Troy Setter, Consolidated Pastoral Company
Terra Firma has owned CPC since 2009 when it paid James Packer and partners about $425m for what was then a 5.6m hectare estate.
After adding to, and divesting, some of its land earlier this decade, Terra Firma last year confirmed all its CPC holdings in Queensland, Western Australia, the Northern Territory and overseas would be put on the market and the capital gains recycled back into its diverse global food, healthcare, energy and entertainment portfolio.
Since then CPC has steadily downsized from 16 stations to nine, spread over 3.2m hectares.
Properties offloaded were Auvergne and Newry stations in NT's Victoria River region and Argyle Downs, sold to Vietnamese-owned Clean Agriculture and International Tourism (CAIT); the 23,000ha Comely Station aggregation in Central Queensland and Mimong in North West Queensland, sold to Sterling Buntine's Baldy Bay company, and Nockatunga in South West Queensland and Ucharonidge in the NT, sold to the Harris family's Cleveland Agriculture.
The new CPC owners are likely to invite local superannuation funds or private investor groups to buy into the partnership.
RELATED READING:
CPC rumoured for $1b sale
Foreign buyers like northern ag's track record
"This is a great outcome for CPC," Mr Setter said.
"Long-term, patient capital will enable us to continue to invest in our people, our land and our cattle which will not only benefit CPC, but the broader agricultural industry in Australia.
"I look forward to continuing to work with the Hands family, our team and our local communities to build on the great business we have today well into the future."
Troy Setter
Troy Setter
Cornerstone investor
The Hands family would provide the majority cornerstone commitment to the new investment group.
Mr Hands and his family trust believed CPC's exposure to Australian agriculture provided a unique and compelling generational wealth creation opportunity.
CPC is a high quality, well run business with a strong position in a large and growing industry
- Guy Hands, UK investment specialist
"I am personally very excited about the future of CPC and delighted to be partnering with the management team of CPC," he said.
Having already worked together with the management team at CPC for many years, the Hands team was excited by the partnership's prospects.
"CPC is a high quality, well run business with a strong position in a large and growing industry," said Mr Hands, who is based in Guernsey.
"Its operations are close to major beef-consuming markets."
While drought and extreme rain events have challenged CPC and other northern beef producers of late, Mr Setter has been keen to highlight the productivity gains and opportunities open to investors in northern Australia.
Investment pays
At Newcastle Waters Station on the western Barkly Tablelands, CPC had boosted its beef carrying capacity and land values by establishing a network of livestock watering points which significantly lifted grazing capabilities.
After spending the equivalent of $500 a head on water installations, pastoral land at Newcastle Waters had gone from having negligible value to being worth $1500/ha.
"We've got another 700,000ha on Newcastle Waters which remains undeveloped," Mr Setter told NSW Farm Writers Association a few months ago.
Hybrid vigour was generating 25pc better calf branding results from CPC's Wagyu-Brahman cross cows crossed with Angus-Brahman bulls.
GPS tracking technology was being used on collared breeders to move stock to different grazing locations without direct human intervention.
It was no surprise to him to find overseas investors buying here.
Compound annual growth from northern beef assets between 1996 and 2016 was 13.5pc, compared to 4.5pc from ASX 200 companies and 8pc from the S&P 500.
"While Australian land prices grew quite a bit in the past decade, when compared with global trends our average farmland values are pretty cheap," Mr Setter said
Bargains to be developed
Australia's average farmland price leapt from just $US355 a hectare at the turn of the century to about $US3000 by 2016, yet was still well below average North American values of $US5000 to $US10,100, or $US25,400 in Britain, or even Hungary's $US3660.
And in northern Australia, pastoral land was still a relative bargain at between $90/ha and $110/ha ($US63-$US77).
Northern values would really blossom if the land was developed further with livestock watering points, or for irrigated horticulture or grain crops.
Around Katherine in the Northern Territory, livestock country re-developed for farming in the past decade was now selling for up to $30,000/ha.
Development costs of less than $10,000/ha were well below the land's improved value.