Tanzania sets aside 2,000 hectares for investments in cashew nuts industries 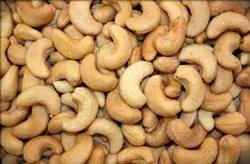 
Tanzania sets aside 2,000 hectares for investments in cashew nuts industries
DAR ES SALAAM  -- Tanzanian authorities said on Friday they have set aside 2,000 hectares of land for investors wishing to invest in cashew nuts plantations and processing industries to add value to the crop.
"We have enough investment potentials in terms of plantations and processing industries for cashew nuts," said Godfrey Zambi, the Lindi Regional Commissioner.

Zambi was speaking at the opening ceremony of a two-day Tanzania Cashew nuts Forum organized by the Tanzania Investment Centre (TIC) in the east African nation's southern region of Mtwara.

The forum was aimed at attracting investors in the farming of the crop and the creation of industrial parks in Lindi and Mtwara regions.

Omary Mgumba, the Deputy Minister for Agriculture, said the government targeted to increase cashew nuts production to one million tonnes by 2023-2024 financial year, up from 313,000 tonnes produced in the 2017-2018 season.

TIC said in a statement last month that the forum was an opportunity for international private investors to meet with the highest government authorities, to identify and seize business opportunities and to create partnerships with local economic operators.