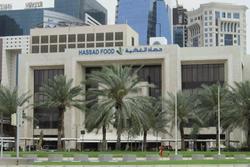 Qatar re-evaluates its food security strategy
by Mervyn Piesse, Research Manager, Global Food and Water Crises Research Programme
Background
In June 2017, Saudi Arabia, the United Arab Emirates, Egypt and Bahrain severed diplomatic, trade and transportation ties with Qatar. At the time, Qatar was almost entirely reliant on imported food, with most of it transported through Saudi Arabia and the United Arab Emirates. The threat of heightened food insecurity encouraged Doha to reprioritise efforts to increase agricultural production. It has managed to become self-sufficient in milk and poultry production and is aiming to decrease its reliance on foreign fruit and vegetable supplies. Limited arable land and water supplies, however, will make the further development of the agricultural industry increasingly difficult.
Comment
After importing thousands of dairy cows in 2017, the Qatari dairy industry has managed to increase production to meet domestic demand for milk. Prior to the imposition of the trade embargo, most of Qatar’s milk was trucked across the Saudi Arabian land border. The local dairy company, Baladna, was only able to produce enough milk to meet 20 per cent of domestic demand. It now produces enough to export surplus milk to Afghanistan, Yemen and Oman.
Poultry production has also increased to the point where the country is self-sufficient. Fruit and vegetable crops are grown in hydroponic greenhouses that are supported by increased power, fertiliser and seed subsidies. Further support is being given to increase production to a level where it can provide enough food to meet 60 to 70 per cent of demand. The greenhouses and dairy farms require more energy (to power LED grow lights and air conditioners) than conventional farming, however, raising questions about the cost-effectiveness and environmental toll of the drive for food self-sufficiency.
Conventional farming is not an option for Qatar, however, and food production is constrained by the country’s arid climate and limited water reserves. It will continue to depend on international markets to supply it with cereals, such as wheat, maize, millet and sorghum, because those crops are particularly difficult to cultivate in Qatar, as they require large land holdings and access to copious amounts of water. In 2017, less than 300 hectares of land was used to grow cereals for human consumption and irrigated agriculture used four times the country’s renewable water resources.
While Hassad Food owns four Qatari farms that produce various grasses and alfalfa for animal fodder, it is unlikely that cereal crops will be grown for human consumption in Qatar. To protect against that weakness Hassad Food acquired a stake in Sunrise Foods International, a large distributor of cereals and oil seeds. It is negotiating a strategic agreement whereby the company will export food to Qatar in the event of food shortages.
Over the last decade, Hassad Food directly leased or purchased foreign agricultural land to produce cereal crops. Australia was a key part of its food security strategy. Its Australian subsidiary, Hassad Australia, owned approximately 300,000 hectares of agricultural land across five Australian states. It used that land to breed sheep and grow cereal crops. It sold all of those land assets by 2018, and is restructuring its business so that Macquarie Bank, an Australian investment bank, has a controlling stake in its landholdings. Paraway and Viridis, which are part of Macquarie Bank’s agricultural investment arm, have since sold some of those holdings. The Qatari sovereign wealth fund will continue to invest in Australian agriculture (mainly by purchasing meat products from Paraway and Viridis), but is expected to do so through local investment funds, rather than through a direct investment in Australian agricultural land.
While Qatar has adopted a more indirect approach to its foreign agricultural investment and increased domestic production of some food products, it is unlikely that it will be able to significantly reduce its dependence on foreign food supplies in the long term.