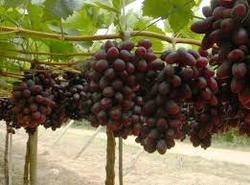 
Spain’s El Ciruelo acquires leading Brazilian table grape producer
Spain-based fruit company El Ciruelo has reached an agreement with Grupo JD to acquire its subsidiary Labrunier, the largest Brazilian table grape producer, as well as its international distributor Bravis.
Specifically, the major acquisition includes five companies in Brazil and the Netherlands, made up of producers and marketers.
Now the business conglomerate boasts more than 3,000 employees and 2,400 hectares of land, with almost 1,000 hectares of these already in production.
According to El Ciruelo, this is the largest area in the world dedicated exclusively to the development of new varieties.
Speaking further on its incorporation, the company calls Labrunier a leading business in terms of sophistication, using cutting-edge technologies for the care and supervision of crops, while maintaining sustainable efforts recognized by its Rainforest Alliance certification.
From a commercial point of view, El Ciruelo says the purchase will make it the leading group in the production and sale of grapes in the Brazilian domestic market – the largest in Latin America.
Owning the country’s largest grape export network will also grant the corporation a renewed international reach.
It comments that it will now able to directly supply international customers such as Walmart, Wholefoods or Loblaws in North America, as well as some of the largest European retailers.
What’s more, Bravis is the only Brazilian company authorized to export W. Murcott mandarins to Europe.
El Ciruelo states that the Brazilian location is also strategic for agricultural production – the climatic conditions of the San Francisco River Valley make it one of the only regions in the world that can obtain two table grape harvests in the same year.
According to the company, this will allow El Ciruelo to offer its customers 100% of its own grape production in extending supply periods, reducing the dependence on grape imports from third countries, as is usual in the sector at certain times of the year.
Jose Francisco Velasco Garcia, CEO of El Ciruelo, emphasizes another benefit of the Brazilian location – it has the shortest travel time for table grapes exported to Europe from the Southern Hemisphere – one week less than shipments made from South Africa and some two weeks less than those from other producing countries, such as Chile or Peru.
The company notes that it is also moving forward with an ambitious plan to invest in new varieties and growth in Brazil, which El Ciruelo will execute in the next three years once it receives the appropriate administrative authorizations.
To achieve this, the corporation says it will continue to count on the executives who have been the right hand of the selling family in Labrunier, and in particular, with Arnaldo and Daniel Eijsink, who have worked with the company for decades in partner and managerial roles.
Garcia places special importance on El Ciruelo continuing to transmit long-term family and business commitment values, which he says contrasts with most companies in the sector that have started sales processes for all or part of their shareholding to venture capital investors.
From the legal and financial point of view, he states that the expanding compay is an operation of maximum complexity, with multiple jurisdictions involved.
Advising the company is the agribusiness and M & A teams of Garrigues, renowned experts in the sector, who have been led by the Murcia office with the support of the Garrigues Brazil team.
On the part of the JD Group, Duff & Phelps Brazil will be advising the operation.
The companies that are included in this operation were founded in the 1980s by Carrefour, and acquired by the JD Group in 2007.
El Ciruelo says their purchase will keep them under the same philosophy of a large family company with a vocation for permanence, stability and growth, creating a group that will produce around 100,000 metric tons (MT) of seedless grapes per year to become one of the leaders in the sector worldwide.