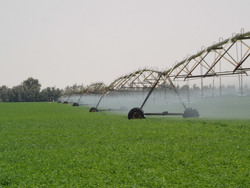 Review of African Political Economy | May 2019

How can we define the emergence of new spaces in the global corporate food system? This article argues that regions in food regime theory have been overlooked, both geographically and socially. As an example of the significance of the regional level, it examines the case of the relationship between Egypt and the Gulf states. In addition to Western capital, Egypt's corporate food system has been determined by regional capital from the Gulf. Gulf investment is one of the largest foreign capitals in Egypt's agribusiness sector and it owns companies that have controlling market shares of corporate food. It will argue that this has been concomitant with the political power of a class hierarchy that extends from Egypt into the Gulf Cooperation Council states.