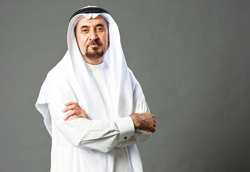 Saudi-based SAK plans $100 mln Turkey investments despite tense ties
By Ceyda Caglayan
ISTANBUL, April 16 (Reuters) - Saudi Arabia-based SAK Consultants plans to invest up to $100 million in Turkey's agriculture, health and hotel sectors, its chairman said, despite political tensions between the two countries over the killing of Jamal Khashoggi last year.
Solaiman El Khereiji said that the government in Saudi Arabia, which imports around 80 percent of its food requirements, was supporting private sector investments that would help to secure meat and vegetable supplies.
"So we're looking for investments in agriculture. We're looking for partners and into how we can raise vegetables, meat stocks and export these," Khereiji told Reuters in an interview.
The company is looking into investing in land or forming a partnership with landowners, Khereiji said, and is in talks for an investment near the Aegean coastal resort of Bodrum.
Relations between Ankara and Riyadh soured after prominent Saudi journalist Khashoggi was killed in Saudi Arabia's consulate in Istanbul six months ago, provoking an international outcry.
But the political tensions have had little immediate impact on trade between the two countries, according to official Turkish statistics.
Khereiji said politics should not impact on economics. "They should differentiate. In politics, sometimes you have differences," he said, adding that many Turkish contractors were operating in Saudi Arabia without problems.
Turkish exports to Saudi Arabia for the three months to February 2019 rose 16 percent from the same period a year earlier, while imports fell 12 percent - reflecting the broader trend in Turkish trade following a sharp fall in the lira last year.
Khereiji said SAK was looking into real estate investments including hotels and homes for the elderly, starting in Istanbul where the company has offered $12 million for a 70 percent stake in a hotel, and later moving to the western province of Bursa.
SAK is also looking to buy a stake in a hospital chain in Turkey and later partner with a local private investor or state body to expand a hospital chain overseas, he said. (Writing by Tuvan Gumrukcu; editing by Emelia Sithole-Matarise)