UAE companies one of the biggest landowners in Serbia 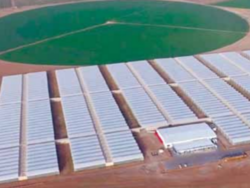 UAE companies one of the biggest landowners in Serbia
by Snezana Bjelotomic
The grain production company, Elite Agro LLC, registered in Abu Dhabi, recently acquired the 100% ownership in Al Rawafed Holding, thus also becoming the owner of 12,000 hectares of arable land in Serbia and one of the largest landowners in the country.
As recently said in the decision on the concentration of the two companies, issued by the Commission for Protection of Competition of Serbia, the company’s main competitors in Serbia are Matijevic Agrar, which owns around 30,000 hectares, Miodrag Kostic’s MK Group, with around 25,000 hectares, PKB, recently sold to another company from the United Arab Emirates, Al Dahra, with around 18,000 hectares, Almeh, with 15,000 hectares, and Miroslav Miskovic’s Delta Agrar, with close to 12,000 hectares of land.
The Commission allowed the concentration arguing that it wouldn’t have a considerable impact on the share that the two biggest agricultural landowners had in the market segment of the three main agricultural products (wheat, maize, sunflower).
In Serbia, Elite Agro is the sole owner of Yugo Elite Agro, which owns Zobnatica in Backa Topola.
Al Rawafed’s company in Serbia was jointly founded by the Serbian government and the eponymous Arab company, formed several months before the Serbian government signed the deal on the sale of several Serbian agricultural enterprises with the Arab company.
The government’s original plan was to sign the agreement with Al Dahra, but then changed its mind and chose Al Rawafed.
Al Rawafed is well-known to the Serbian public as the owner of the military property Morovic in Karadjordjevo, for which it allegedly didn’t pay rent to the state.
Al Rawafed Serbia mainly grows wheat, maize, sunflower and soy on around 10,400 hectares of land. Of this, 2,586 hectares is their own land, and the rest is farmed under the contract on the business-technical cooperation and the lease contract, the Commission’s decision reads. Yugo Elite farms 1,600 hectares of land in Zobnatica.