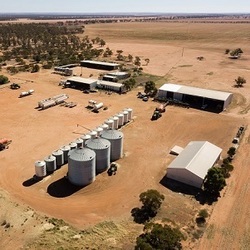 The purchase of Baladjie Pty Ltd., which also owns 40,000 merino sheep, in Western Australia’s wheat belt is the company’s first investment in the country and in sheep production, Salic, as the company is known, said in a statement.

The deal “is an important step for Salic as we continue to build our global footprint in a meaningful way,” Chief Executive Officer Matthew Jansen said, without revealing the value of the transaction.

Salic, owned by the kingdom’s sovereign wealth fund, invests in agriculture, livestock production, and supplies commodities like wheat, barley and corn. The mostly desert nation sources its food from abroad. The firm is considering investments everywhere, from Europe’s breadbasket to meat deals in the Americas, Jansen said in November.