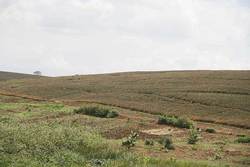 Fruit processor Del Monte will have its land surveyed in order to address the historical injustices committed against the area residents.
The move, aimed at settling the demands of communities in Murang’a and Kiambu counties where the Del Monte holds 22,000 acres, requires the American firm to surrender any land that is not registered in its name.
EVICTIONS
The National Land Commission (NLC) has directed that any surplus land identified be surrendered to the Murang’a and Kiambu claimants for resettlement as well as the respective county governments in the ratio 70:30 respectively.
“In case there’s no residue, then on expiry of the lease, a suitable amount should be set aside and held in trust by the county governments for the purposes of resettlement and public utilities. The respondent shall additionally surrender all public utilities within the land to the national or relevant county government agencies, whether the lease has expired or not,” the gazette notice further states.
The notice heralded the beginning of the end of decades-long court battles between the people who were displaced from the land and the company.
Before the NLC’s directive, the residents, through the Kandara Residents Association (KRA), had petitioned the commission’s historical land injustice committee last year during a public hearing in Thika. They presented the historical injustices committed against them by Del Monte and the colonial soldiers who had returned from World War I and II.
The land was first owned by Agro-French, which grew sisal, then Kenya Canners, which grew pineapples, and later, by Del Monte.
Among the historical injustices the community cited were forcible evictions from their ancestral land, torching of their houses, murder and rape.
UNDERUSED
They said their forefathers used the land for mixed farming before White settlers took some of it, followed by the soldiers who had fought in the world wars, who were awarded the land by the colonial government.
They claimed that their villages were converted into labour camps, and that they were forced to work in the sisal estates before the land changed hands.
In Kiambu County, most of the victims settled in concentration camps in today’s Umoja, Madharao, Gachagi and Majengo slums in Thika.
They told the NLC that Del Monte was using 15,000 acres of the 22,000 it has leased, leaving 7,500 acres between Kiambu and Murang’a counties underused.
A few months ago Kiambu County signed a memorandum of understanding with Del Monte, releasing 635 acres of the firm’s land in Kiambu to the county, and extending the firm’s lease on its 8,000 acres.  It is not clear whether it will be used to resettle the slum dwellers.