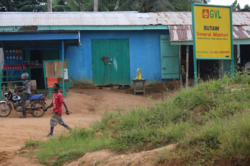 On land rights, the SAMFU report calls on the government to establish a national grievance mechanism to return land lost by communities or their heirs in past disputes.
Front Page Africa | 29 January 2019

Paynesville – Save My Future Foundation (SAMFU), a local nongovernmental organization, is calling for a separate regulator for large-scale concessions in Liberia it says will guarantee the rights of rural communities, protect concessionaires and increase government revenue.
In a new report—“Should Liberia Develop a Legal Framework on Industrial Agriculture: Perspective from a civil society organization working on the ground”—SAMFU says conflicts have jolted Liberia’s agricultural concession history since its very beginning and it was time to use a new, stronger law to prevent future conflicts.
“Although there is a long and often troubled history of large-scale industrial plantations…there is no overarching legal framework or enforcement agency that governs the sector, leaving it open to domestic and international companies that impact upon the land rights of local communities and deprives the government coffers of much-needed revenue,” the report, published in December but only obtained by FrontPage Africa last week, says.
Liberia has done a lot to reform its troubled agriculture concession history. Liberia is a signatory of the United Nations-backed Tropical Forest Alliance 2020 intended to end deforestation caused by oil palm and other industries worldwide by next year. As part of the TFA 2020, there is the National Oil Palm Sector Technical Working Group—that comprises civil society organizations (CSOs), the government, concessionaires, academia and communities—that acts like a regulator. Roundtable on Sustainable Oil Palm (RSPO), a global watchdog for the oil palm sector is running a landmark project in Liberia to improve the relationship between oil palm concessionaires and the communities affected by their plantations. And the Land Rights Act has been passed into law.
However, SAMFU in the report says all those developments were inadequate to regulate the sector.
“We have also delved into some of the initiatives taking place with regards to oil palm in Liberia such as the TFA 202, which whilst important, are not a substitute for a robust, enforceable legal framework that ensures large agricultural companies are complying with Liberian laws to protect forests, communities rights and the correct payment of taxes,” the report says.
The report calls on the government to either create an independent panel or designate a ministry to carry out the functions of the regulator: enforce concession contracts and penalize noncompliance.
It adds that the Ministry of Agriculture must develop a legal and regulatory framework to govern agriculture concessions in the country. “The drafting must include communities, CSOs and technical experts in a consultative and inclusive process,” the report adds.
Communities and CSOs have lodged a number of complaints to the RSPO over land grabbing and deforestation against oil companies. The most famous of these complaints is the one against Golden Veroleum Liberia (GVL) that to the Indonesian company withdrawal from the RSPO in July 2018 (the company reconsidered its decision two months after, however).
The report recommends that the agriculture regulator must lay out clear complaint mechanism for communities, build government’s capacity to enforce the law in plantation areas and source funding for rural communities’ infrastructures such as roads, bridges, schools and clinics.
“It (regulator) must ensure that human rights and land rights activists are protected, and not subjected to threats, violence and intimidation by taking appropriate punitive action against those that threaten environmental and human rights defenders,” it says.
On land rights, the report calls on the government to establish a national grievance mechanism to return land lost by communities or their heirs in past disputes.
“This groundbreaking [Land Rights Law] recognizes customary land rights in Liberia for the first time, affording communities the same rights over their customary lands as is the case for privately owned lands and the right to self-define,” the report observes. “This is an important step in the right direction, but effective implementation of the law ill be a key to its success,” it says.
Most oil palm concession agreements—including the largest, GVL and Sime Darby—have clauses regarding free, prior and informed consent (FPIC), and some other companies such as Maryland Oil Palm Plantation (MOPP) and Equatorial Oil Palm (EPO) have committed to respect FPIC. The report, however, calls on the government to create a new agriculture law that will empower communities’ consent or rejection of concessions on their lands.
Where communities give their consent for concessions, the report recommends that a human rights and livelihood impact assessment for benefits and drawbacks of said concessions. As well as educating communities on their rights in line with the Land Rights Act and how it can be put into practice, the report recommends the participation of women and other marginalized groups.  It further recommends legal and technical assistance for communities.
SAMFU is one of a number of NGOs composing the Civil Society Oil Palm Working Group (CSO-OPWG) that is working with communities across the oil palm concession areas to have their rights respected and their voices heard at the national level and international level. SAMFU Foundation was founded in 1987 to help sustain Liberia’s natural resources and environment, Liberian cultural heritage, and to preserve them in order to enhance development and promote peace.
Original source: FrontPageAfrica
TWITTER
FACEBOOK
WHATSAPP
PRINT
E-MAIL
TWITTER
FACEBOOK
WHATSAPP
E-MAIL