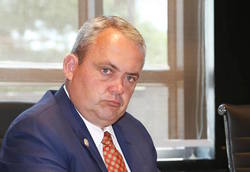 In January 2018, PNG Lands Minister Justin Tkatchenko promised all the SABL leases would be reviewed by a joint committee but since then there have been no updates on the progress.

It is one of the world’s biggest illegal land grabs, yet more than 5-years after the government promised to cancel the SABL leases and return the land to its customary owners, the people of Papua New Guinea are still waiting to hear which, if any, leases have been cancelled.

Last month the United Nations wrote to the government for a third-time, accusing Ministers of racial discrimination against their own people for not implementing the recommendations of the 2013 Commission of Inquiry and cancelling the leases.

Previous letters from the UN have been ignored by the government and PNG needs to be much more transparent.

We have heard so many excuses and seen so much misinformation from the government for so many years that people have rightly lost all trust in our politicians.

ACT NOW! is demanding the government immediately publish a full list of SABLs showing the current status of each lease, including which have been surrendered, which have been cancelled and which still remain.

Minister Tkatchenko says he is serious about tackling corruption and wants his department to be honest and transparent. The best way to start is by publishing up-to-date information on all the SABLs.

The government also says it wants to attract foreign investment and has spent billions on APEC, but legitimate investors are not going to come to PNG while issues of corruption like the SABL land grab remain unresolved.

Although over fifty thousand square kilometres of land was stolen using illegal SABL leases between 2003 and 2011, since the Commission of Inquiry reported in 2013 the only leases confirmed to have been cancelled have been on the orders of the court.

In January 2018, Lands Minister Justin Tkatchenko promised all the SABL leases would be reviewed by a joint committee but since then there have been no updates on the progress.

In many areas foreign logging and oil palm companies are still illegally occupying land with tacit approval from Mr Tkatchenko and the government.

In October 2018, ACT NOW! and UK based charity, War on Want, published a new report highlighting the human rights abuses being suffered by the victims of the land grab.