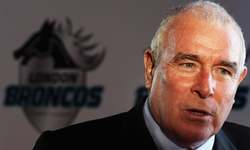 Svendborg, Denmark, – FarmCompany A/S continues its capital deployment with the acquisition of a dairy farm consisting of 545 hectares and production facilities in the Esbjerg region in the south-west of Denmark.
“Our latest acquisition establishes our fifth farm cluster in the country and increases FarmCompany’s area significantly, allowing us to kick-off 2019 with a total of 1,605 hectares under management.” confirmed the Chairman of FarmCompany A/S, Mr. Jens Ohnemus.
“In addition, we are thrilled to count Ms Connie Linde, awarded “Young farmer of the year 2016”, as operating manager of the dairy farm that holds approximately 1,200 heads of the Holstein breed.” continued Mr. Ohnemus.
“Ms Linde’s exceptional expertise in the field of dairy production will contribute to the overall corporate value creation. FarmCompany continues its efforts to address the U.N. Sustainable Development Goals, in this case by bringing forward the goal of gender equality” concludes Mr. Ohnemus.
About FarmCompany

FarmCompany is a sustainable agricultural investment company, with the vision to become the premier Danish agricultural company focused on the management of high-quality farms and farm-related properties. The company owns and manages 3,970 acres / 1,605 hectares across Denmark and holds an AA credit rating.


Foreign fund buys its fifth farm in Denmark
(Note: This is a translation from Google Translate)

BY: EINAR BO THOMSEN
The investment company Farm Company A / S has just bought a farm with 545 hectares and now owns a total of 1,600 hectares in Denmark. As the manager, Connie Linde has been hired as the young farmer of the year.
With the purchase of a farm of 545 hectares with Jersey cows, the investment company Farm Company A / S now owns 1,600 hectares spread over five farms: one on Funen and four area between Esbjerg and Kolding.
"Our latest purchases are our fifth farm in Denmark, and this significantly increases our total land adjoining from well over 1,000 hectares to 1,600 hectares," says Jens Ohnemus, chairman of the Farm Company board.
In addition to the 545 hectares, there are 480 cows on the property Nørregaard, located in Grimstrup. The property was a bankruptcy estate.
As the business manager of the new agriculture, Farm Company has employed Connie Linde, who since May 2018 has looked after the agriculture for the curator. She is responsible for the operation together with three other operators.
THIS YEAR'S YOUNG FARMER
In 2016, Connie Linde was named 'Young Farmer of the Year' by Agriculture & Food.
At that time, Connie Linde had a 220-year-old farm, which she had bought well a year earlier and raised the cow's performance by 2,000 kg per year. cow-year. The zero point for producing one kg of milk she had got down to 2.04 kr.
For the reason that she received the award at the time, she stated, among other things, that "she has been able to change a worn-out herd to an efficient and healthy cattle farm, which, even in bad times, makes money".
Two months ago, she told LandbrugsAvisen that she was looking more at the bottom line rather than producing as much milk as possible:
“It is about producing the cheapest possible milk. We are at DKK 2 in cost per. produced kg milk, where the average is 2.36 kr. ”.
About the new job at Nørregaard, she says to the Agricultural Advisory:
“My function is to help agriculture start under the new owner. I still run my own farm next door, and it has my highest priority, ”says Connie Linde.
INVESTORS FROM ENGLAND, HONG KONG AND HOLLAND
Farm Company is primarily owned by investors from England, Hong Kong and the Netherlands. In addition, Jens Ohnemus owns a shareholding.
The company was founded by Danes Jens Ohnemus in 2009. The first farm was purchased in 2014. Since then, the company has purchased additional agriculture in both 2016, 2017, 2018 and now also one in 2019.
The main investor in Farm Company is David John Hughes, who owns between 50 and 67 percent of the shares in the company. He is a former oil trader and has been director of the football club Charlton. Now he is both director and principal shareholder of London Rugby League Limited.