The Bunong, SOCFIN, and the French billionaire 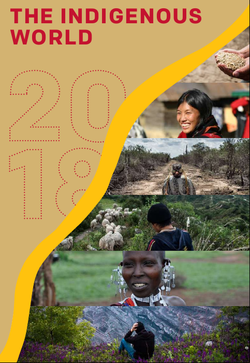 The Bunong, SOCFIN, and the French billionaire

In December 2008, when the price of rubber was up, the Indigenous Bunong Peoples of Bousra Commune awoke one morning to find that some 10,000 hectares of their nearby forest and miir [9] lands had been conceded by the government to a business group led by the old French colonial company, SOCFIN, now a subsidiary venture under the billionaire, Vincent Bolloré.[10] The concession was for SOCFIN to convert the Bunong land into a rubber plantation. In this decision, the Bunong were not informed prior to the arrival of SOCFIN bulldozers, and did not consent to what followed. It delivered no clear benefits to the seven affected village communities but instead triggered “a cultural, ecological, and economic disaster” for the majority of the people in Bousra that continued through 2017.[11] Not surprisingly, as the company proceeded to log the forest and clear the land, the people protested. As the protests grew, both the state and the company ignored their complaints. It reached a point where a large group of Bunong protestors finally descended onto the plantation headquarters and started destroying its machines. This caught the attention of local authorities as well as the company. The government responded by initiating a Kafkaesque process of CLT recognition while simultaneously granting rapid recognition of individual land titles. The company offered small payouts to individual Bunong households, land swap deals, and the chance to become a “rubber family” while initiating a stacked negotiation mechanism called a “tripartite committee” between state-corporate-community interests, to find “win-win” solutions to the problems created by the company’s land-grab. These responses succeeded in generating divisions within the communities which made collective mobilizations difficult; there have been no further large-scale protests. However, these responses overall failed to produce local general satisfaction and out of this dissatisfaction has come two unforeseen developments: an international law suit against SOCFIN, and the germination of an Indigenous Peoples’ political party.

The Cambodian Indigenous Peoples Democracy Party (CIPDP) grew out of the experience of Bunong people in Bousra. That it has gained traction in many other Indigenous communities is because they have experienced a similar disregard for their free, prior and informed consent to large-scale development projects, and have given up hope that the current government will enforce its own laws. The case against SOCFIN was first brought in the Regional Court of Paris in 2015, and lays charges against its parent company, the Company of Cambodia, in which the largest shareholder is Vincent Bolloré, one of the wealthiest people in the world. The case charges Bolloré and the Company of Cambodia with gross business misconduct and human rights violations via its subsidiary, SOCFIN in Bousra. As remedy it calls for the return of the land and indemnity for damages caused. According to anonymous sources, pre-trial hearings in the case continued through 2016-2017.

Some 90 Bunong families are included as the plaintiffs. Should the case go to trial, some or all of the Bunong plaintiffs are expected to testify against Bolloré in Paris. Such testimony would minimally cause public embarrassment for Bolloré, and maximally would entail a significant financial hit to his bottom line. Not surprisingly, back in Bousra, SOCFIN managers are reportedly exerting pressure on the plaintiffs to abandon the case. Indigenous NGOs and other organizations are offering support for the plaintiffs to persist. This is a relatively unusual situation for Cambodian Indigenous Peoples, as they have little recourse to the courts in their own country, and the majority of foreign companies holding land concessions in Cambodia are from countries that do not have such mechanisms of accountability for transnational business conduct (e.g., China, Vietnam, and Malaysia). SOCFIN brands itself online as providing “responsible tropical agriculture”, while many other plantations eschew branding altogether.

[9] Miir is the Bunong term for rotational farming or shifting cultivation.
[10] SOCFIN’s practices have been called out for human rights abuses in Cameroon, Liberia and the Ivory Coast, in addition to Cambodia. Since 2015, corporate shareholders have been subjected to public embarrassment through coordinated protests organized by affected communities and two NGOs, Grain and ReAct. https://news.mongabay.com/2015/06/coordinated-protests-hit-socfin-plantations-in-four-countries/
[11] This is how it is described in a court summons by Fiodor Rilov, the French attorney representing the Bunong plaintiff (copy provided to the author by Rilov)


This is an excerpt from Indigenous World 2018. More stories from across the world can be read here: http://bit.ly/2HXTXYk